Home Jesus Illustrated Stories After The Transfiguration – Coming Down The Mountain

After The Transfiguration – Coming Down The Mountain 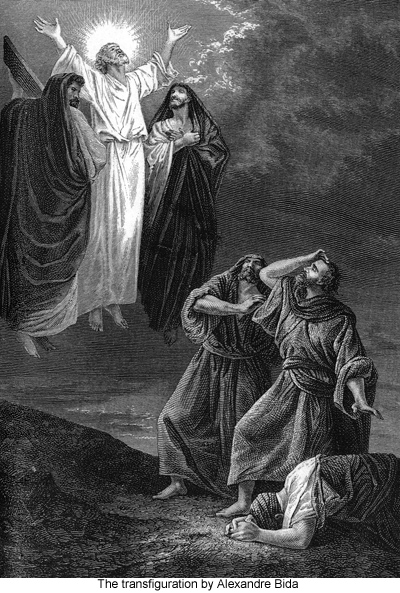 158:2.2 Peter shuddered at the thought of the Master's dying-it was too disagreeable an idea to entertain-and fearing that James or John might ask some question relative to this statement, he thought best to start up a diverting conversation and, not knowing what else to talk about, gave _expression to the first thought coming into his mind, which was: "Master, why is it that the scribes say that Elijah must first come before the Messiah shall appear?" And Jesus, knowing that Peter sought to avoid reference to his death and resurrection, answered: "Elijah indeed comes first to prepare the way for the Son of Man, who must suffer many things and finally be rejected. But I tell you that Elijah has already come, and they received him not but did to him whatsoever they willed." And then did the three apostles perceive that he referred to John the Baptist as Elijah. Jesus knew that, if they insisted on regarding him as the Messiah, then must John be the Elijah of the prophecy.

158:2.3 Jesus enjoined silence about their observation of the foretaste of his postresurrection glory because he did not want to foster the notion that, being now received as the Messiah, he would in any degree fulfill their erroneous concepts of a wonder-working deliverer. Although Peter, James, and John pondered all this in their minds, they spoke not of it to any man until after the Master's resurrection.

158:2.4 As they continued to descend the mountain, Jesus said to them: "You would not receive me as the Son of Man; therefore have I consented to be received in accordance with your settled determination, but, mistake not, the will of my Father must prevail. If you thus choose to follow the inclination of your own wills, you must prepare to suffer many disappointments and experience many trials, but the training which I have given you should suffice to bring you triumphantly through even these sorrows of your own choosing."

158:2.5 Jesus did not take Peter, James, and John with him up to the mount of transfiguration because they were in any sense better prepared than the other apostles to witness what happened, or because they were spiritually more fit to enjoy such a rare privilege. Not at all. He well knew that none of the twelve were spiritually qualified for this experience; therefore did he take with him only the three apostles who were assigned to accompany him at those times when he desired to be alone to enjoy solitary communion.