Peter, James and John Learn Advanced Truths About The Kingdom 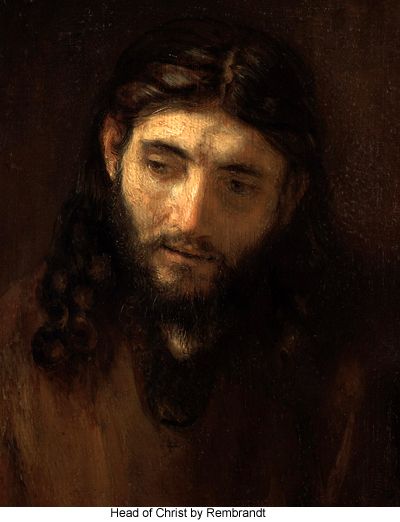 141:7.1 On February 26, Jesus, his apostles, and a large group of followers journeyed down the Jordan to the ford near Bethany in Perea, the place where John first made proclamation of the coming kingdom. Jesus with his apostles remained here, teaching and preaching, for four weeks before they went on up to Jerusalem.

141:7.2 The second week of the sojourn at Bethany beyond Jordan, Jesus took Peter, James, and John into the hills across the river and south of Jericho for a three days' rest. The Master taught these three many new and advanced truths about the kingdom of heaven. For the purpose of this record we will reorganize and classify these teachings as follows:

141:7.3 Jesus endeavored to make clear that he desired his disciples, having tasted of the good spirit realities of the kingdom, so to live in the world that men, by seeing their lives, would become kingdom conscious and hence be led to inquire of believers concerning the ways of the kingdom. All such sincere seekers for the truth are always glad to hear the glad tidings of the faith gift which insures admission to the kingdom with its eternal and divine spirit realities.

141:7.4 The Master sought to impress upon all teachers of the gospel of the kingdom that their only business was to reveal God to the individual man as his Father— to lead this individual man to become son-conscious; then to present this same man to God as his faith son. Both of these essential revelations are accomplished in Jesus. He became, indeed, "the way, the truth, and the life." The religion of Jesus was wholly based on the living of his bestowal life on earth. When Jesus departed from this world, he left behind no books, laws, or other forms of human organization affecting the religious life of the individual.

141:7.5 Jesus made it plain that he had come to establish personal and eternal relations with men which should forever take precedence over all other human relationships. And he emphasized that this intimate spiritual fellowship was to be extended to all men of all ages and of all social conditions among all peoples. The only reward which he held out for his children was: in this world—spiritual joy and divine communion; in the next world— eternal life in the progress of the divine spirit realities of the Paradise Father.

141:7.6 Jesus laid great emphasis upon what he called the two truths of first import in the teachings of the kingdom, and they are: the attainment of salvation by faith, and faith alone, associated with the revolutionary teaching of the attainment of human liberty through the sincere recognition of truth, "You shall know the truth, and the truth shall make you free." Jesus was the truth made manifest in the flesh, and he promised to send his Spirit of Truth into the hearts of all his children after his return to the Father in heaven.

141:7.7 The Master was teaching these apostles the essentials of truth for an entire age on earth. They often listened to his teachings when in reality what he said was intended for the inspiration and edification of other worlds. He exemplified a new and original plan of life. From the human standpoint he was indeed a Jew, but he lived his life for all the world as a mortal of the realm.

141:7.8 To insure the recognition of his Father in the unfolding of the plan of the kingdom, Jesus explained that he had purposely ignored the "great men of earth." He began his work with the poor, the very class which had been so neglected by most of the evolutionary religions of preceding times. He despised no man; his plan was world-wide, even universal. He was so bold and emphatic in these announcements that even Peter, James, and John were tempted to think he might possibly be beside himself.

141:7.9 He sought mildly to impart to these apostles the truth that he had come on this bestowal mission, not to set an example for a few earth creatures, but to establish and demonstrate a standard of human life for all peoples upon all worlds throughout his entire universe. And this standard approached the highest perfection, even the final goodness of the Universal Father. But the apostles could not grasp the meaning of his words.

141:7.10 He announced that he had come to function as a teacher, a teacher sent from heaven to present spiritual truth to the material mind. And this is exactly what he did; he was a teacher, not a preacher. From the human viewpoint Peter was a much more effective preacher than Jesus. Jesus' preaching was so effective because of his unique personality, not so much because of compelling oratory or emotional appeal. Jesus spoke directly to men's souls. He was a teacher of man's spirit, but through the mind. He lived with men.

141:7.11 It was on this occasion that Jesus intimated to Peter, James, and John that his work on earth was in some respects to be limited by the commission of his "associate on high," referring to the prebestowal instructions of his Paradise brother, Immanuel. He told them that he had come to do his Father's will and only his Father's will. Being thus motivated by a wholehearted singleness of purpose, he was not anxiously bothered by the evil in the world.

141:7.12 The apostles were beginning to recognize the unaffected friendliness of Jesus. Though the Master was easy of approach, he always lived independent of, and above, all human beings. Not for one moment was he ever dominated by any purely mortal influence or subject to frail human judgment. He paid no attention to public opinion, and he was uninfluenced by praise. He seldom paused to correct misunderstandings or to resent misrepresentation. He never asked any man for advice; he never made requests for prayers.

141:7.13 James was astonished at how Jesus seemed to see the end from the beginning. The Master rarely appeared to be surprised. He was never excited, vexed, or disconcerted. He never apologized to any man. He was at times saddened, but never discouraged.

141:7.14 More clearly John recognized that, notwithstanding all of his divine endowments, after all, he was human. Jesus lived as a man among men and understood, loved, and knew how to manage men. In his personal life he was so human, and yet so faultless. And he was always unselfish.

141:7.15 Although Peter, James, and John could not understand very much of what Jesus said on this occasion, his gracious words lingered in their hearts, and after the crucifixion and resurrection they came forth greatly to enrich and gladden their subsequent ministry. No wonder these apostles did not fully comprehend the Master's words, for he was projecting to them the plan of a new age.