A Disappointing Visit To Nazareth 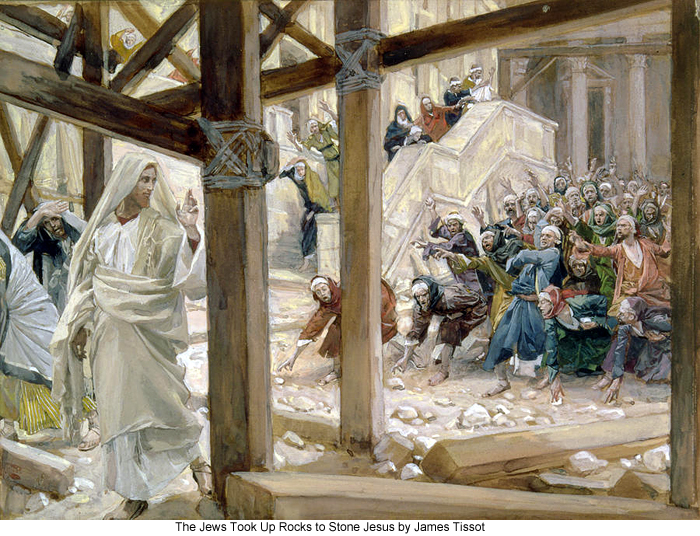 150:7.1 This Friday afternoon Jesus walked about Nazareth quite unobserved and wholly unrecognized. He passed by the home of his childhood and the carpenter shop and spent a half hour on the hill which he so much enjoyed when a lad. Not since the day of his baptism by John in the Jordan had the Son of Man had such a flood of human emotion stirred up within his soul. While coming down from the mount, he heard the familiar sounds of the trumpet blast announcing the going down of the sun, just as he had so many, many times heard it when a boy growing up in Nazareth. Before returning to the encampment, he walked down by the synagogue where he had gone to school and indulged his mind in many reminiscences of his childhood days. Earlier in the day Jesus had sent Thomas to arrange with the ruler of the synagogue for his preaching at the Sabbath morning service.

150:7.2 The people of Nazareth were never reputed for piety and righteous living. As the years passed, this village became increasingly contaminated by the low moral standards of near-by Sepphoris. Throughout Jesus' youth and young manhood there had been a division of opinion in Nazareth regarding him; there was much resentment when he moved to Capernaum. While the inhabitants of Nazareth had heard much about the doings of their former carpenter, they were offended that he had never included his native village in any of his earlier preaching tours. They had indeed heard of Jesus' fame, but the majority of the citizens were angry because he had done none of his great works in the city of his youth. For months the people of Nazareth had discussed Jesus much, but their opinions were, on the whole, unfavorable to him.

150:7.3 Thus did the Master find himself in the midst of, not a welcome homecoming, but a decidedly hostile and hypercritical atmosphere. But this was not all. His enemies, knowing that he was to spend this Sabbath day in Nazareth and supposing that he would speak in the synagogue, had hired numerous rough and uncouth men to harass him and in every way possible make trouble.

150:7.4 Most of the older of Jesus' friends, including the doting chazan teacher of his youth, were dead or had left Nazareth, and the younger generation was prone to resent his fame with strong jealousy. They failed to remember his early devotion to his father's family, and they were bitter in their criticism of his neglect to visit his brother and his married sisters living in Nazareth. The attitude of Jesus' family toward him had also tended to increase this unkind feeling of the citizenry. The orthodox among the Jews even presumed to criticize Jesus because he walked too fast on the way to the synagogue this Sabbath morning.