Zacchaeus In The Sycamore Tree 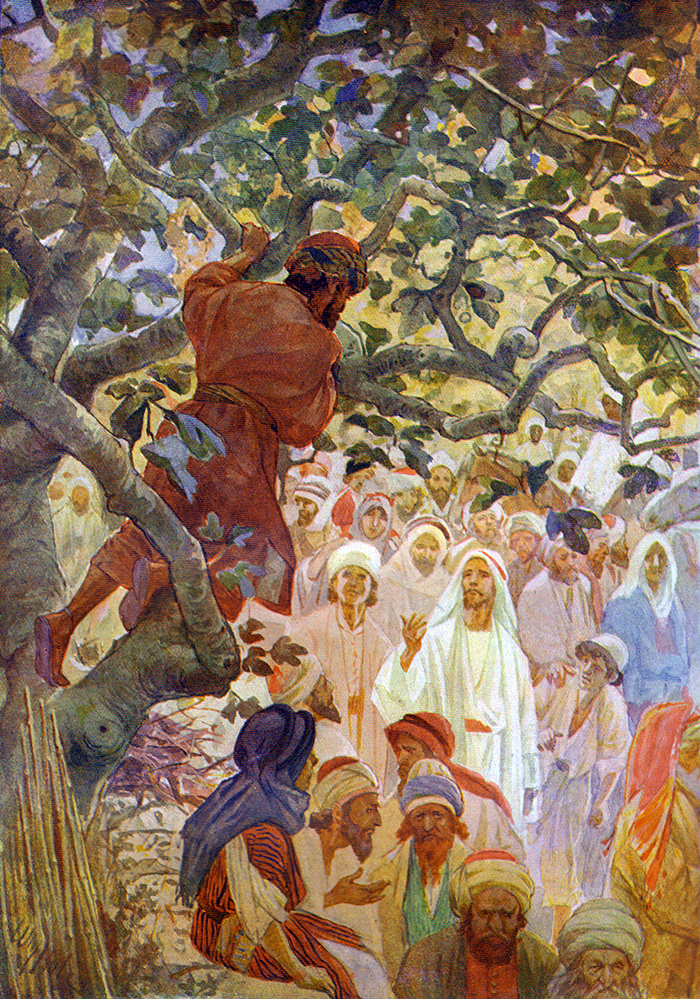 Zacchaeus In The Sycamore Tree by William Hole

When the Master’s procession entered Jericho, it was nearing sundown, and he was minded to abide there for the night. As Jesus passed by the customs house, Zaccheus the chief publican, or tax collector, happened to be present, and he much desired to see Jesus. This chief publican was very rich and had heard much about this prophet of Galilee. He had resolved that he would see what sort of a man Jesus was the next time he chanced to visit Jericho; accordingly, Zaccheus sought to press through the crowd, but it was too great, and being short of stature, he could not see over their heads. And so the chief publican followed on with the crowd until they came near the center of the city and not far from where he lived. When he saw that he would be unable to penetrate the crowd, and thinking that Jesus might be going right on through the city without stopping, he ran on ahead and climbed up into a sycamore tree whose spreading branches overhung the roadway. He knew that in this way he could obtain a good view of the Master as he passed by. And he was not disappointed, for, as Jesus passed by, he stopped and, looking up at Zaccheus, said: “Make haste, Zaccheus, and come down, for tonight I must abide at your house.” And when Zaccheus heard these astonishing words, he almost fell out of the tree in his haste to get down, and going up to Jesus, he expressed great joy that the Master should be willing to stop at his house. ~ The Urantia Book, 171:6.1