The Transfiguration of Christ by Harold Copping 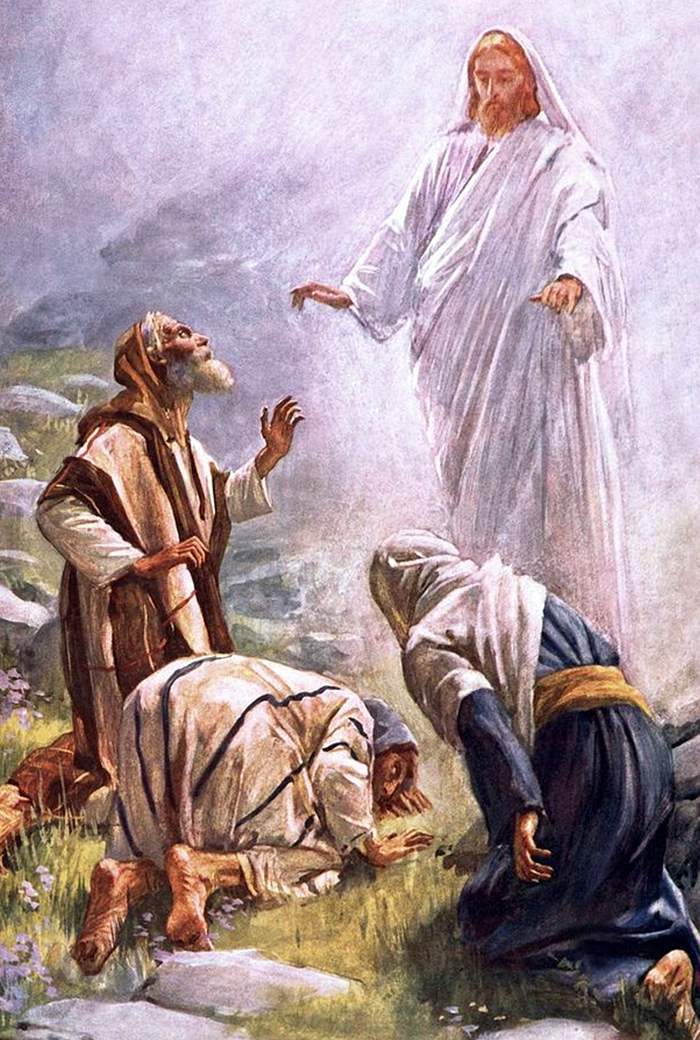 The Transfiguration of Christ by Harold Copping

You Shall See Greater Things

The three apostles were so badly frightened that they were slow in collecting their wits, but Peter, who was first to recover himself, said, as the dazzling vision faded from before them and they observed Jesus standing alone: "Jesus, Master, it is good to have been here. We rejoice to see this glory. We are loath to go back down to the inglorious world. If you are willing, let us abide here, and we will erect three tents, one for you, one for Moses, and one for Elijah." And Peter said this because of his confusion, and because nothing else came into his mind at just that moment.

While Peter was yet speaking, a silvery cloud drew near and overshadowed the four of them. The apostles now became greatly frightened, and as they fell down on their faces to worship, they heard a voice, the same that had spoken on the occasion of Jesus' baptism, say: "This is my beloved Son; give heed to him." And when the cloud vanished, again was Jesus alone with the three, and he reached down and touched them, saying: "Arise and be not afraid; you shall see greater things than this." But the apostles were truly afraid; they were a silent and thoughtful trio as they made ready to descend the mountain shortly before midnight. ~ The Urantia Book, 158:1.9