Jesus asked by the priests by whose authority he acts 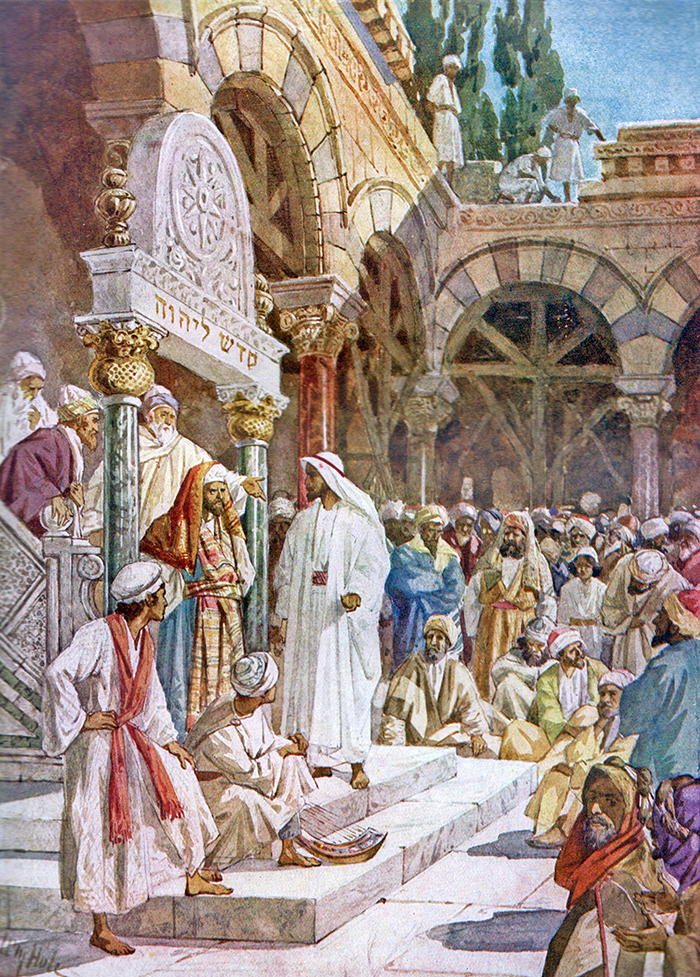 Who gave You this authority?

The rulers of the temple came before Jesus at this afternoon hour challenging not only his teaching but his acts. Said Jesus: “I would also like to ask you one question which, if you will answer me, I likewise will tell you by what authority I do these works. The baptism of John, whence was it? Did John get his authority from heaven or from men?”

And when his questioners heard this, they withdrew to one side to take counsel among themselves as to what answer they might give. They had thought to embarrass Jesus before the multitude, but now they found themselves much confused before all who were assembled at that time in the temple court. And their discomfiture was all the more apparent when they returned to Jesus, saying: “Concerning the baptism of John, we cannot answer; we do not know.” And they so answered the Master because they had reasoned among themselves: If we shall say from heaven, then will he say, Why did you not believe him, and perchance will add that he received his authority from John; and if we shall say from men, then might the multitude turn upon us, for most of them hold that John was a prophet; and so they were compelled to come before Jesus and the people confessing that they, the religious teachers and leaders of Israel, could not (or would not) express an opinion about John’s mission. And when they had spoken, Jesus, looking down upon them, said, “Neither will I tell you by what authority I do these things.” ~ The Urantia Book, 173:2.4