Christ in the Storm on the Sea of Galilee 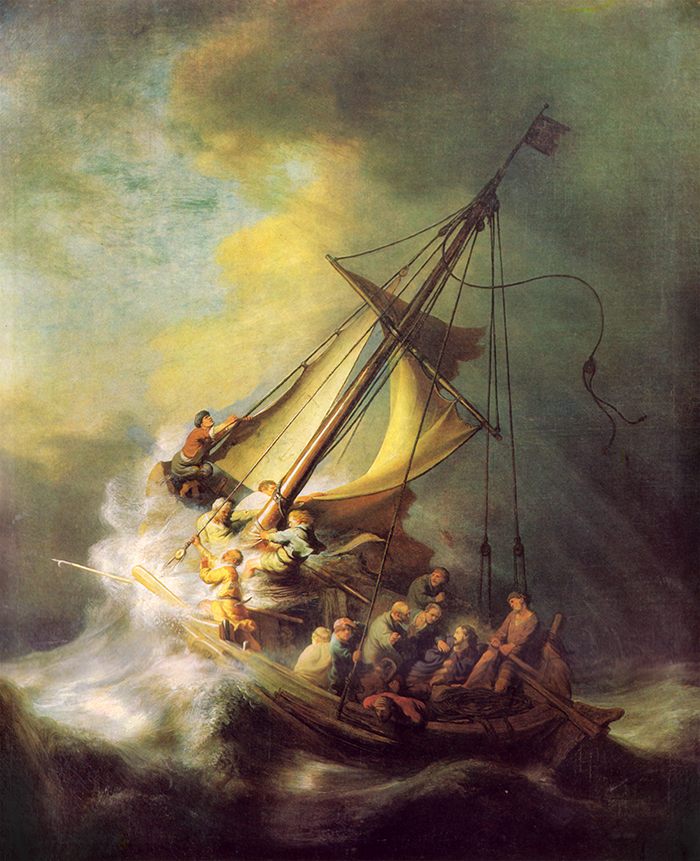 Christ in the Storm on the Sea of Galilee by Rembrandt

Where is your faith?

As Jesus came out in the rain, he looked first at Peter, and then peering into the darkness at the struggling oarsmen, he turned his glance back upon Simon Peter, who, in his agitation, had not yet returned to his oar, and said: “Why are all of you so filled with fear? Where is your faith? Peace, be quiet.” Jesus had hardly uttered this rebuke to Peter and the other apostles, he had hardly bidden Peter seek peace wherewith to quiet his troubled soul, when the disturbed atmosphere, having established its equilibrium, settled down into a great calm. The angry waves almost immediately subsided, while the dark clouds, having spent themselves in a short shower, vanished, and the stars of heaven shone overhead. All this was purely coincidental as far as we can judge; but the apostles, particularly Simon Peter, never ceased to regard the episode as a nature miracle. It was especially easy for the men of that day to believe in nature miracles inasmuch as they firmly believed that all nature was a phenomenon directly under the control of spirit forces and supernatural beings. ~ The Urantia Book, 151:5.5