The Woman Taken In Adultery by William Hole 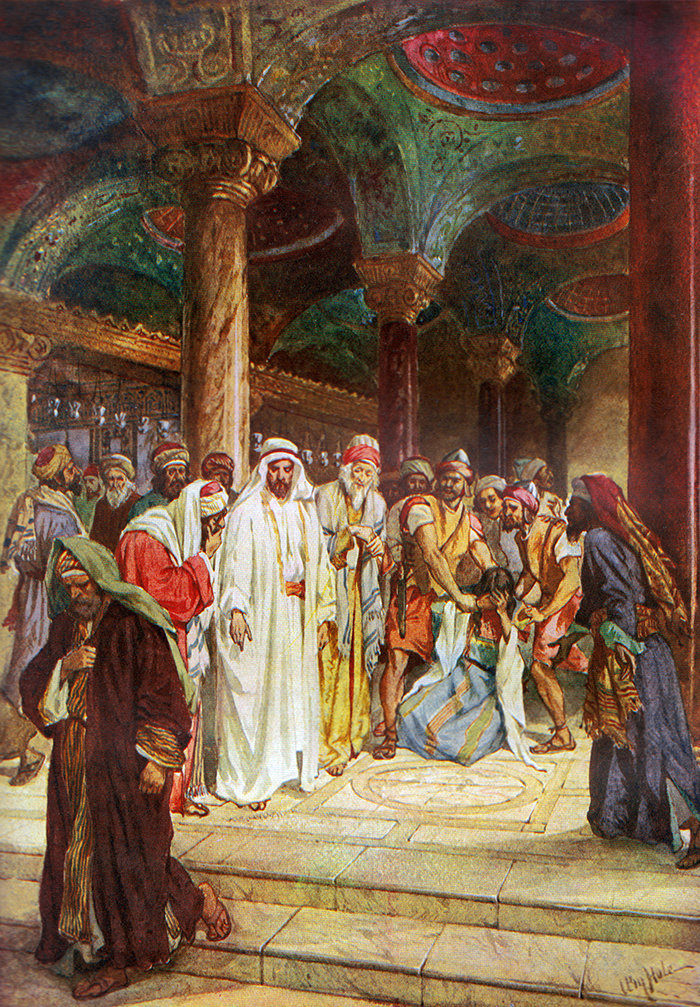 The Woman Taken In Adultery by William Hole

Where are your Accusers?

Jesus, looking over the crowd, saw her husband standing behind the others. He knew what sort of man he was and perceived that he was a party to the despicable transaction. Jesus first walked around to near where this degenerate husband stood and wrote upon the sand a few words which caused him to depart in haste. Then he came back before the woman and wrote again upon the ground for the benefit of her would-be accusers; and when they read his words, they, too, went away, one by one. And when the Master had written in the sand the third time, the woman’s companion in evil took his departure, so that, when the Master raised himself up from this writing, he beheld the woman standing alone before him. Jesus said: “Woman, where are your accusers? did no man remain to stone you?” And the woman, lifting up her eyes, answered, “No man, Lord.” And then said Jesus: “I know about you; neither do I condemn you. Go your way in peace.” And this woman, Hildana, forsook her wicked husband and joined herself to the disciples of the kingdom. ~ The Urantia Book, 162:3.5