Pontius Pilate and Christ before the Jews by Heinrich Hofmann 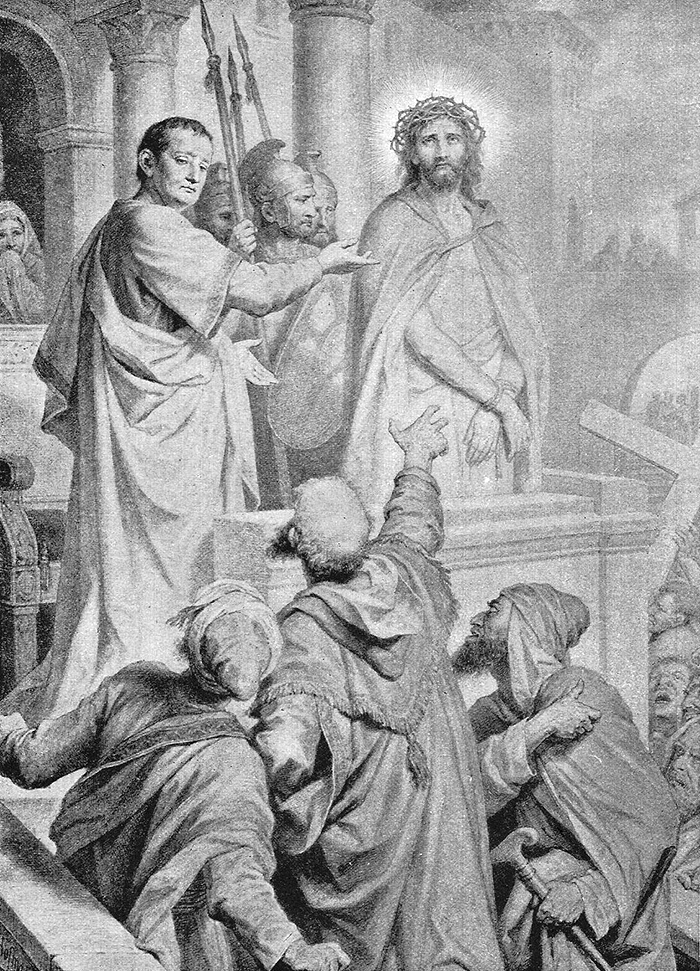 Pontius Pilate and Christ before the Jews by Heinrich Hofmann

What shall I do with him?

Finally, Pilate addressed himself once more to the solution of the problem which confronted him, by asking the mixed assembly of Jewish rulers and the pardon-seeking crowd, "What shall I do with him who is called the king of the Jews?" And they all shouted with one accord, "Crucify him! Crucify him!" The unanimity of this demand from the mixed multitude startled and alarmed Pilate, the unjust and fear-ridden judge.

Then once more Pilate said: "Why would you crucify this man? What evil has he done? Who will come forward to testify against him?" But when they heard Pilate speak in defense of Jesus, they only cried out all the more, "Crucify him! Crucify him!"

Then again Pilate appealed to them regarding the release of the Passover prisoner, saying: "Once more I ask you, which of these prisoners shall I release to you at this, your Passover time?" And again the crowd shouted, "Give us Barabbas!" ~ The Urantia Book, 185:5.9