Thy Will be Done by Del Parson 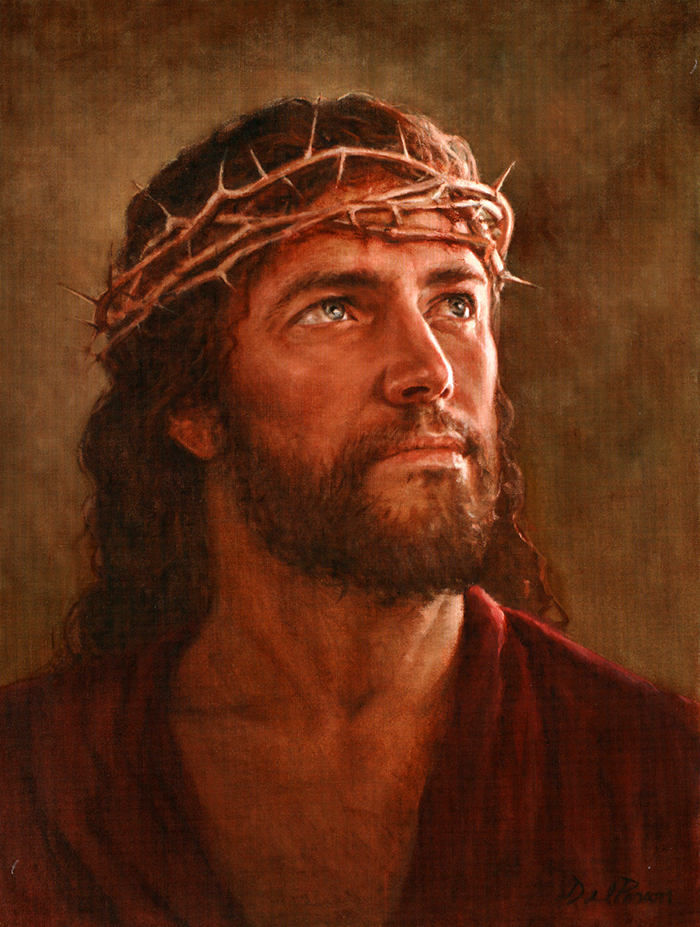 Thy Will be Done by Del Parson

Thorns Upon His Brow

Though his enemies did not witness this scourging, Pilate did, and before they had finished this wicked abuse, he directed the scourgers to desist and indicated that Jesus should be brought to him. Before the scourgers laid their knotted whips upon Jesus as he was bound to the whipping post, they again put upon him the purple robe, and plaiting a crown of thorns, they placed it upon his brow. And when they had put a reed in his hand as a mock scepter, they knelt before him and mocked him, saying, “Hail, king of the Jews!” And they spit upon him and struck him in the face with their hands. And one of them, before they returned him to Pilate, took the reed from his hand and struck him upon the head. ~ The Urantia Book, 185:6.2