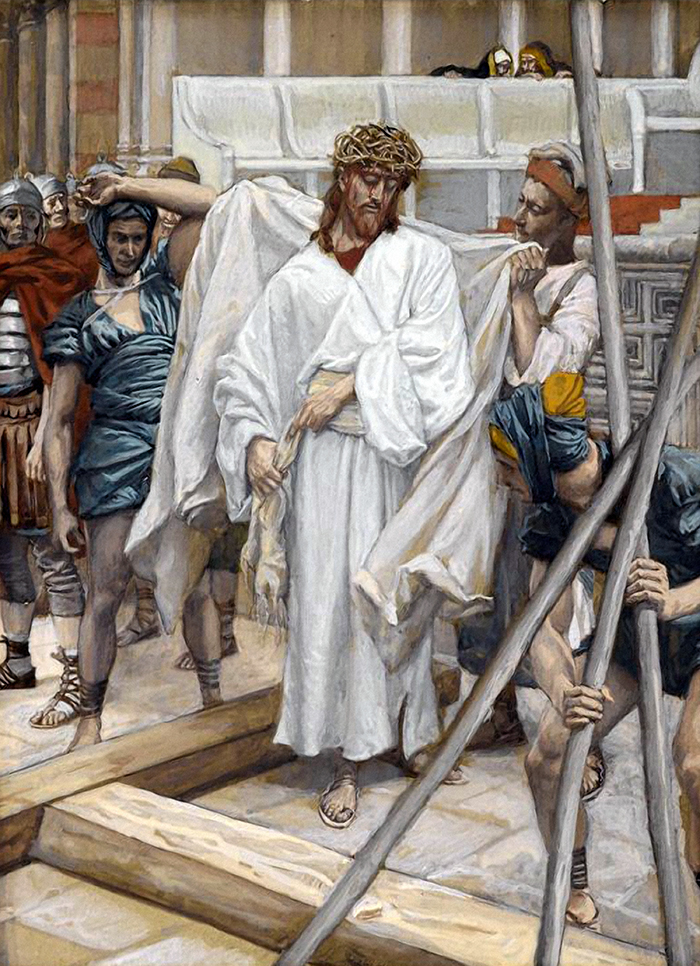 They Dressed Him in his Own Garments

After Pilate had washed his hands before the multitude, thus seeking to escape the guilt of delivering up an innocent man to be crucified just because he feared to resist the clamor of the rulers of the Jews, he ordered the Master turned over to the Roman soldiers and gave the word to their captain that he was to be crucified immediately. Upon taking charge of Jesus, the soldiers led him back into the courtyard of the praetorium, and after removing the robe which Herod had put on him, they dressed him in his own garments. These soldiers mocked and derided him, but they did not inflict further physical punishment. Jesus was now alone with these Roman soldiers. His friends were in hiding; his enemies had gone their way; even John Zebedee was no longer by his side. ~ The Urantia Book, 186:4.1