Jesus Speaks Near the Treasury by James Tissot 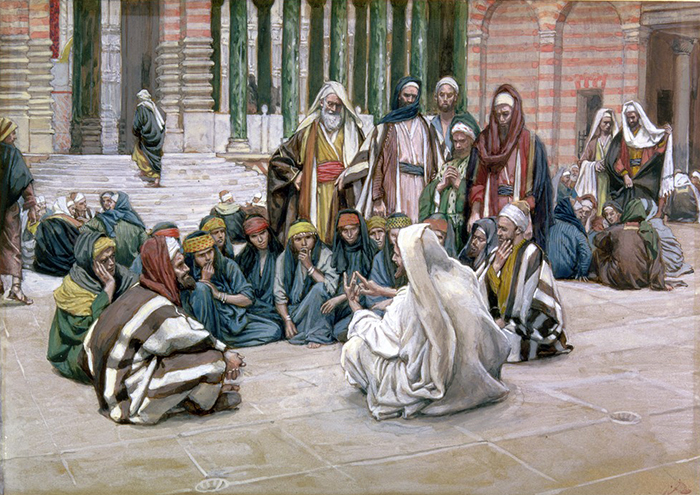 Jesus Speaks Near the Treasury by James Tissot

They all sat down by the Treasury

And now, as the evening drew on and the crowds went in quest of nourishment, Jesus and his immediate followers were left alone. What a strange day it had been! The apostles were thoughtful, but speechless. Never, in their years of association with Jesus, had they seen such a day. For a moment they sat down by the treasury, watching the people drop in their contributions: the rich putting much in the receiving box and all giving something in accordance with the extent of their possessions. At last there came along a poor widow, scantily attired, and they observed as she cast two mites (small coppers) into the trumpet. And then said Jesus, calling the attention of the apostles to the widow: “Heed well what you have just seen. This poor widow cast in more than all the others, for all these others, from their superfluity, cast in some trifle as a gift, but this poor woman, even though she is in want, gave all that she had, even her living.” ~ The Urantia Book, 172:4.2