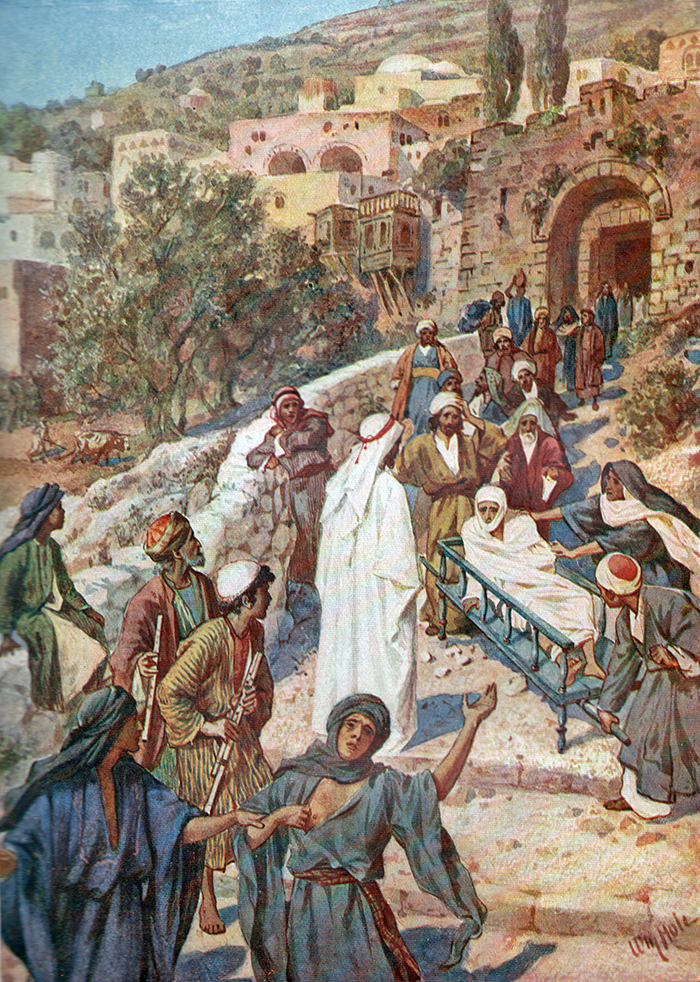 Jesus Heals The Widow Of Nain's Son by William Hole

So the word went abroad throughout Galilee and into Judea that Jesus had raised the widow’s son from the dead, and many who heard this report believed it. Never was Jesus able to make even all his apostles fully understand that the widow’s son was not really dead when he bade him awake and arise. But he did impress them sufficiently to keep it out of all subsequent records except that of Luke, who recorded it as the episode had been related to him. And again was Jesus so besieged as a physician that he departed early the next day for Endor. ~ The Urantia Book, 146:6.4