Christ taken before Caiaphas by Rembrandt 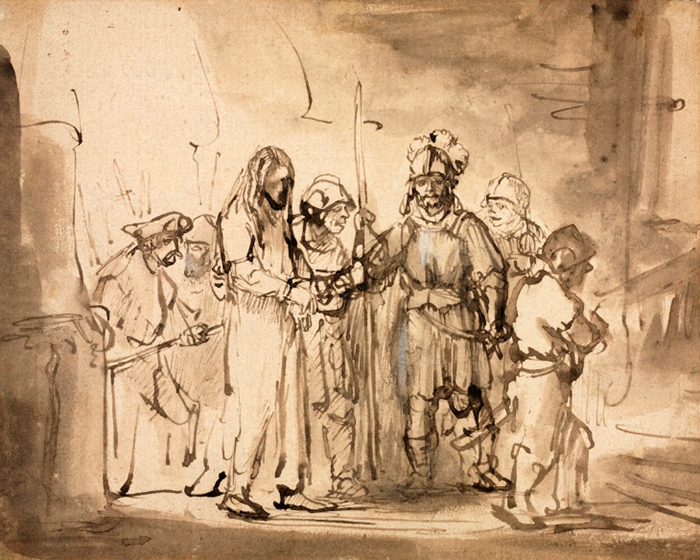 Christ taken before Caiaphas by Rembrandt

The So-Called Trial of Jesus

It was about half past three o’clock this Friday morning when the chief priest, Caiaphas, called the Sanhedrist court of inquiry to order and asked that Jesus be brought before them for his formal trial. On three previous occasions the Sanhedrin, by a large majority vote, had decreed the death of Jesus, had decided that he was worthy of death on informal charges of lawbreaking, blasphemy, and flouting the traditions of the fathers of Israel.

This was not a regularly called meeting of the Sanhedrin and was not held in the usual place, the chamber of hewn stone in the temple. This was a special trial court of some thirty Sanhedrists and was convened in the palace of the high priest. John Zebedee was present with Jesus throughout this so-called trial.

How these chief priests, scribes, Sadducees, and some of the Pharisees flattered themselves that Jesus, the disturber of their position and the challenger of their authority, was now securely in their hands! And they were resolved that he should never live to escape their vengeful clutches. ~ The Urantia Book, 184:3.1