The Lord Wept by James Tissot 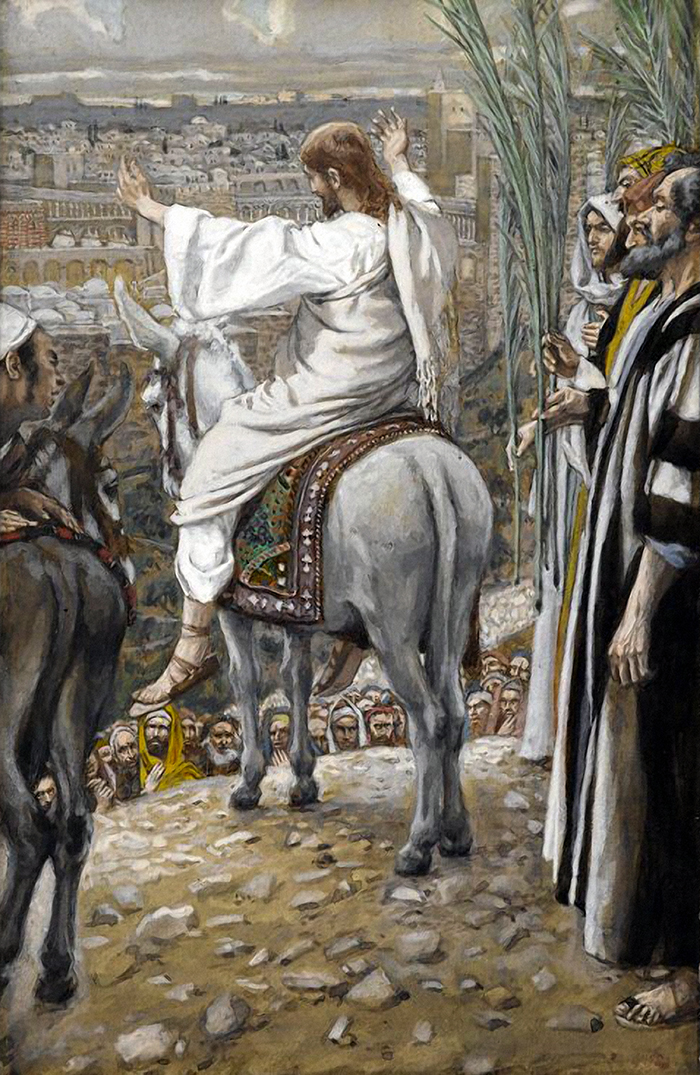 The Lord Wept by James Tissot

Before they started, the Alpheus twins put their cloaks on the donkey and held him while the Master got on. As the procession moved toward the summit of Olivet, the festive crowd threw their garments on the ground and brought branches from the near-by trees in order to make a carpet of honor for the donkey bearing the royal Son, the promised Messiah. As the merry crowd moved on toward Jerusalem, they began to sing, or rather to shout in unison, the Psalm," Hosanna to the son of David; blessed is he who comes in the name of the Lord. Hosanna in the highest. Blessed be the kingdom that comes down from heaven."

Jesus was lighthearted and cheerful as they moved along until he came to the brow of Olivet, where the city and the temple towers came into full view; there the Master stopped the procession, and a great silence came upon all as they beheld him weeping. Looking down upon the vast multitude coming forth from the city to greet him, the Master, with much emotion and with tearful voice, said: "O Jerusalem, if you had only known, even you, at least in this your day, the things which belong to your peace, and which you could so freely have had! But now are these glories about to be hid from your eyes. You are about to reject the Son of Peace and turn your backs upon the gospel of salvation. The days will soon come upon you wherein your enemies will cast a trench around about you and lay siege to you on every side; they shall utterly destroy you, insomuch that not one stone shall be left upon another. And all this shall befall you because you knew not the time of your divine visitation. You are about to reject the gift of God, and all men will reject you." ~ The Urantia Book, 172:3.9