Jesus is rejected in his hometown by Marten de Vos 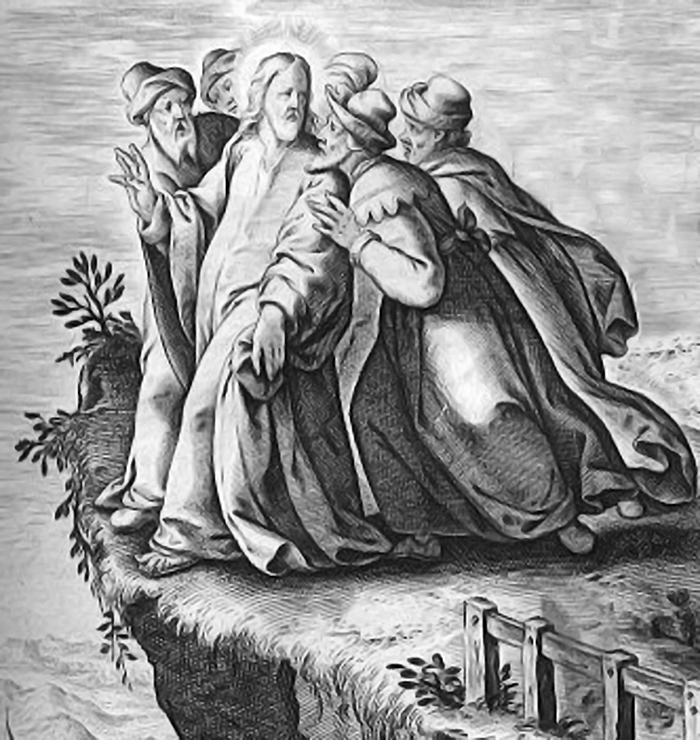 Jesus is rejected in his hometown by Marten de Vos

Under the leadership of hirelings, these ruffians laid hold upon Jesus and rushed him out of the synagogue to the brow of a near-by precipitous hill, where they were minded to shove him over the edge to his death below. But just as they were about to push him over the edge of the cliff, Jesus turned suddenly upon his captors and, facing them, quietly folded his arms. He said nothing, but his friends were more than astonished when, as he started to walk forward, the mob parted and permitted him to pass on unmolested. ~ The Urantia Book, 150:9.3