The Message of Pilate's Wife by James Tissot 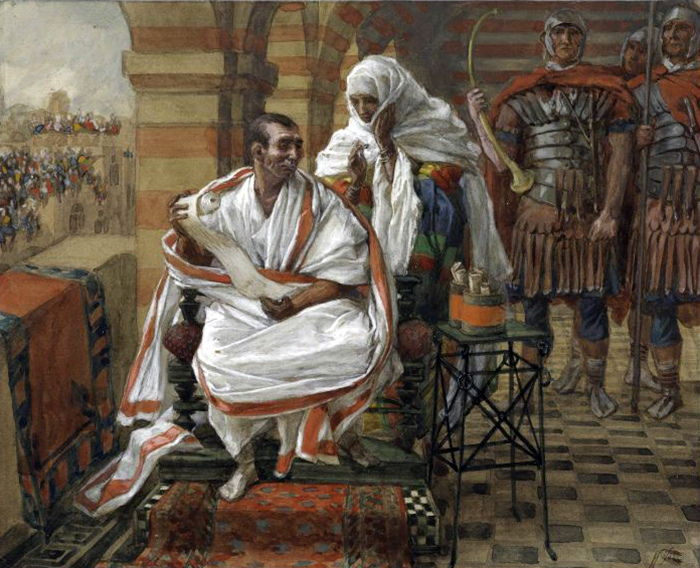 The Message of Pilate's Wife by James Tissot

The Message From Claudia

Pilate knew Jesus was innocent of the charges brought against him, and had he been a just and courageous judge, he would have acquitted him and turned him loose. But he was afraid to defy these angry Jews, and while he hesitated to do his duty, a messenger came up and presented him with a sealed message from his wife, Claudia.

Pilate indicated to those assembled before him that he wished to read the communication which he had just received before he proceeded further with the matter before him. When Pilate opened this letter from his wife, he read: "I pray you have nothing to do with this innocent and just man whom they call Jesus. I have suffered many things in a dream this night because of him." This note from Claudia not only greatly upset Pilate and thereby delayed the adjudication of this matter, but it unfortunately also provided considerable time in which the Jewish rulers freely circulated among the crowd and urged the people to call for the release of Barabbas and to clamor for the crucifixion of Jesus. ~ The Urantia Book, 185:5.7