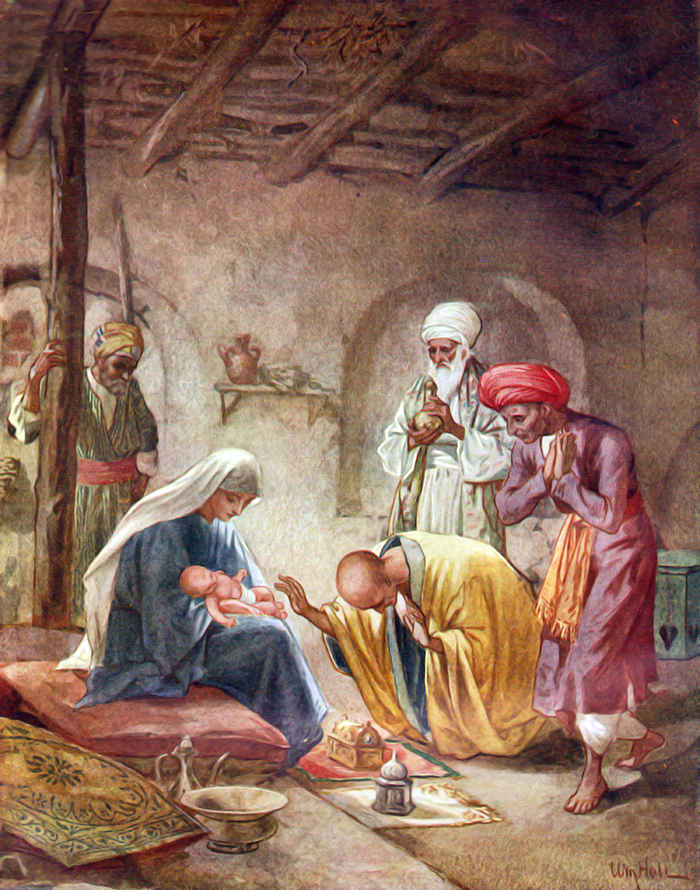 The Magi Bring Gifts to Jesus

These priests from Mesopotamia had been told sometime before by a strange religious teacher of their country that he had had a dream in which he was informed that "the light of life" was about to appear on earth as a babe and among the Jews. After many weeks of futile search in Jerusalem, they were about to return to Ur when Zacharias met them and disclosed his belief that Jesus was the object of their quest and sent them on to Bethlehem, where they found the babe and left their gifts with Mary, his earth mother. The babe was almost three weeks old at the time of their visit. ~ The Urantia Book, 122:8.6