The Crippled Woman by Harold Copping 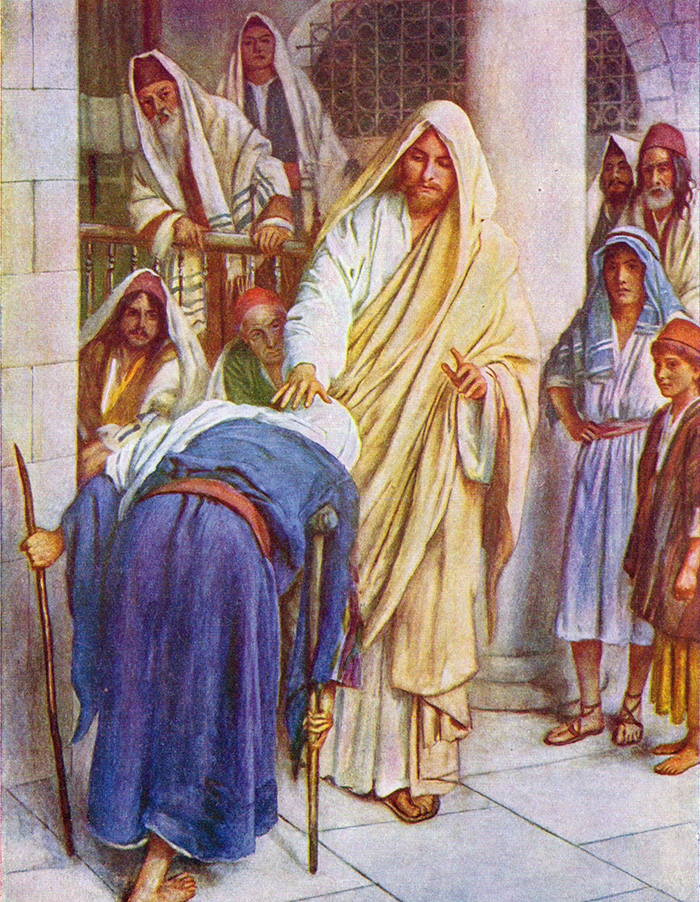 The Crippled Woman by Harold Copping

She Lifted Up Her Voice

Abner had arranged for the Master to teach in the synagogue on this Sabbath day, the first time Jesus had appeared in a synagogue since they had all been closed to his teachings by order of the Sanhedrin. At the conclusion of the service Jesus looked down before him upon an elderly woman who wore a downcast expression, and who was much bent in form. This woman had long been fear-ridden, and all joy had passed out of her life. As Jesus stepped down from the pulpit, he went over to her and, touching her bowed-over form on the shoulder, said: "Woman, if you would only believe, you could be wholly loosed from your spirit of infirmity." And this woman, who had been bowed down and bound up by the depressions of fear for more than eighteen years, believed the words of the Master and by faith straightened up immediately. When this woman saw that she had been made straight, she lifted up her voice and glorified God. ~ The Urantia Book, 167:3.1