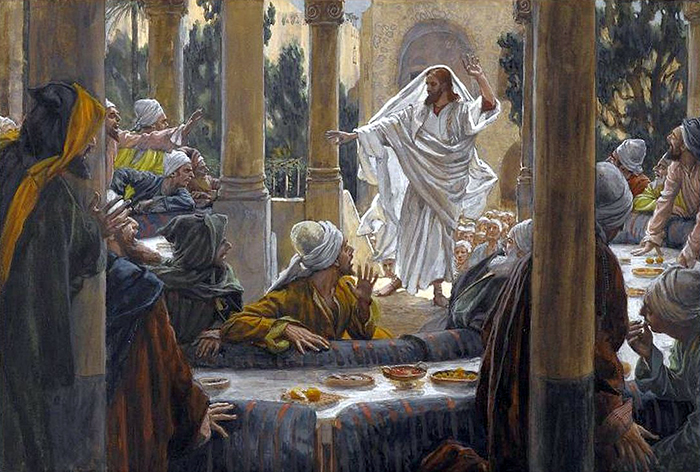 [Said Jesus] “And again I assert that no man can serve two masters; either he will hate the one and love the other, or else he will hold to one while he despises the other. You cannot serve God and mammon.”

When the Pharisees who were present heard this, they began to sneer and scoff since they were much given to the acquirement of riches. These unfriendly hearers sought to engage Jesus in unprofitable argumentation, but he refused to debate with his enemies. When the Pharisees fell to wrangling among themselves, their loud speaking attracted large numbers of the multitude encamped thereabouts; and when they began to dispute with each other, Jesus withdrew, going to his tent for the night. ~ The Urantia Book, 169:2.7