The Raising Of Jairus` Daughter by George Percy Jacomb-Hood 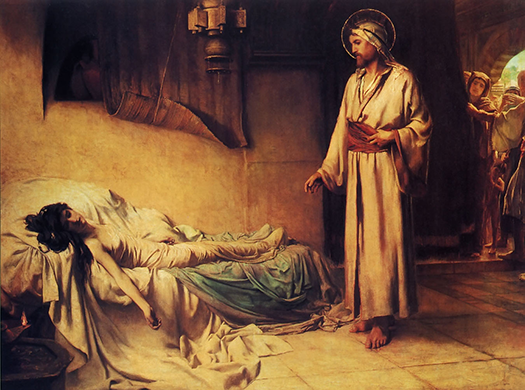 Since there was much agitation in Capernaum against Jesus, he called the family together and explained that the maiden had been in a state of coma following a long fever, and that he had merely aroused her, that he had not raised her from the dead. He likewise explained all this to his apostles, but it was futile; they all believed he had raised the little girl from the dead. What Jesus said in explanation of many of these apparent miracles had little effect on his followers. They were miracle-minded and lost no opportunity to ascribe another wonder to Jesus. Jesus and the apostles returned to Bethsaida after he had specifically charged all of them that they should tell no man. ~ The Urantia Book, 152:1.2