The Calling Of Saint Peter And Saint Andrew 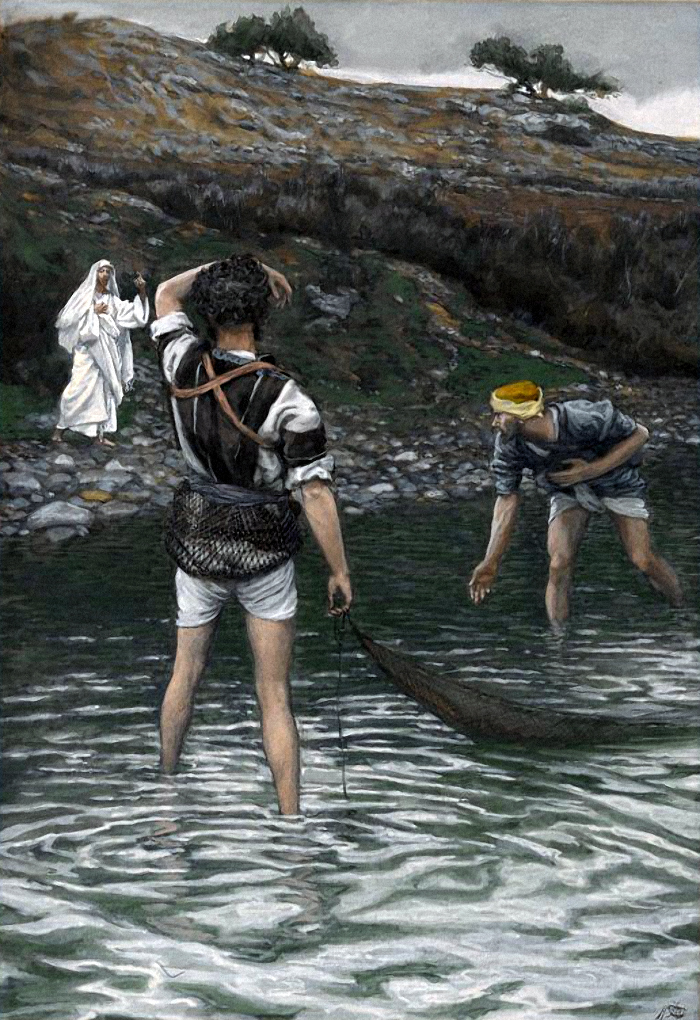 The Calling Of Saint Peter And Saint Andrew by James Tissot

Preparation for the Ordination

JUST BEFORE NOON on Sunday, January 12, A.D. 27, Jesus called the apostles together for their ordination as public preachers of the gospel of the kingdom. The twelve were expecting to be called almost any day; so this morning they did not go out far from the shore to fish. Several of them were lingering near the shore repairing their nets and tinkering with their fishing paraphernalia.

As Jesus started down the seashore calling the apostles, he first hailed Andrew and Peter, who were fishing near the shore; next he signaled to James and John, who were in a boat near by, visiting with their father, Zebedee, and mending their nets. Two by two he gathered up the other apostles, and when he had assembled all twelve, he journeyed with them to the highlands north of Capernaum, where he proceeded to instruct them in preparation for their formal ordination. ~ The Urantia Book, 140:0.1