Pilate washing his hands by Kosheleff 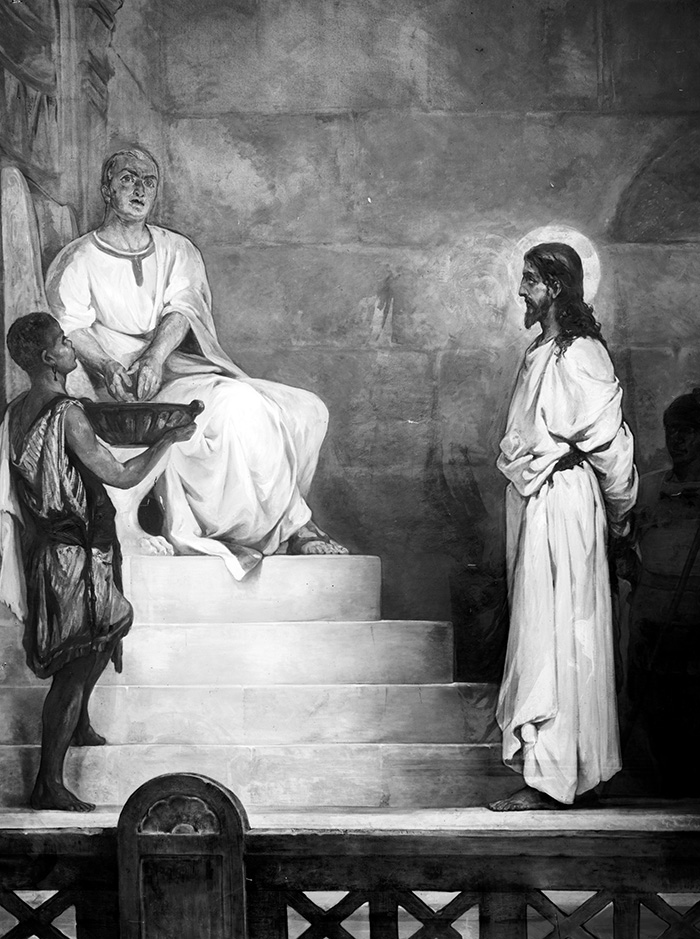 Pilate washing his hands by Kosheleff

Pilate was afraid of a tumult or a riot. He dared not risk having such a disturbance during Passover time in Jerusalem. He had recently received a reprimand from Caesar, and he would not risk another. The mob cheered when he ordered the release of Barabbas. Then he ordered a basin and some water, and there before the multitude he washed his hands, saying: "I am innocent of the blood of this man. You are determined that he shall die, but I have found no guilt in him. See you to it. The soldiers will lead him forth." And then the mob cheered and replied, "His blood be on us and on our children." ~ The Urantia Book, 185:8.2