Christ Before Pilate by Arthur A Dixon 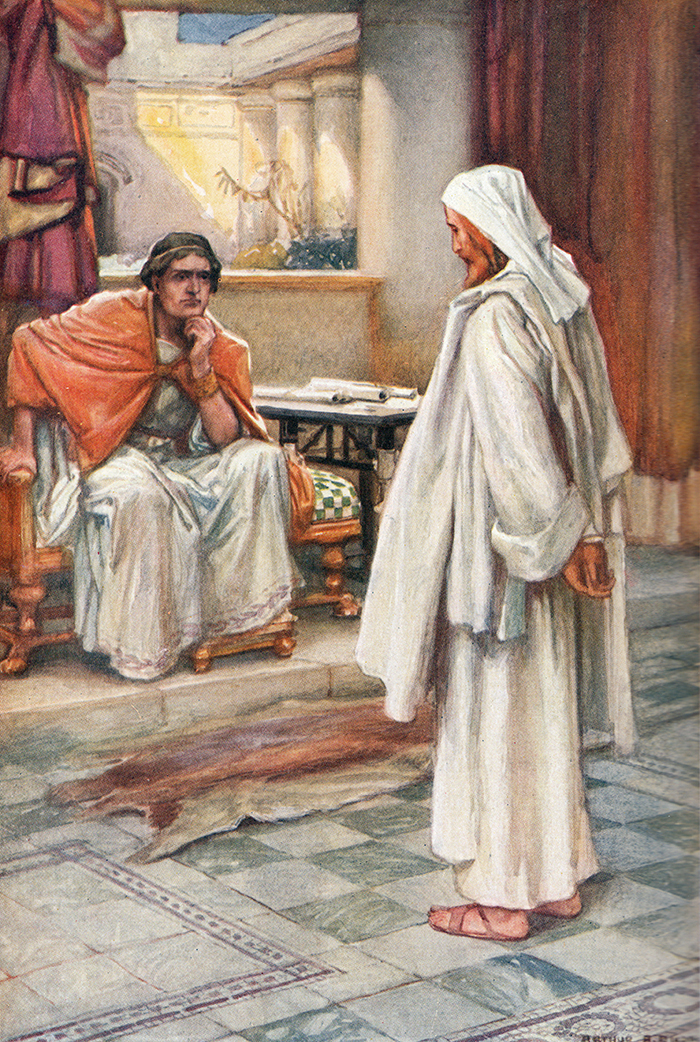 Christ Before Pilate by Arthur A Dixon

Pilate Could not Fathom Jesus' Words

Pilate was not able to fathom Jesus’ words, nor was he able to understand the nature of his spiritual kingdom, but he was now certain that the prisoner had done nothing worthy of death. One look at Jesus, face to face, was enough to convince even Pilate that this gentle and weary, but majestic and upright, man was no wild and dangerous revolutionary who aspired to establish himself on the temporal throne of Israel. Pilate thought he understood something of what Jesus meant when he called himself a king, for he was familiar with the teachings of the Stoics, who declared that “the wise man is king.” Pilate was thoroughly convinced that, instead of being a dangerous seditionmonger, Jesus was nothing more or less than a harmless visionary, an innocent fanatic. ~ The Urantia Book, 185:3.6