The Procession in the Temple by James Tissot 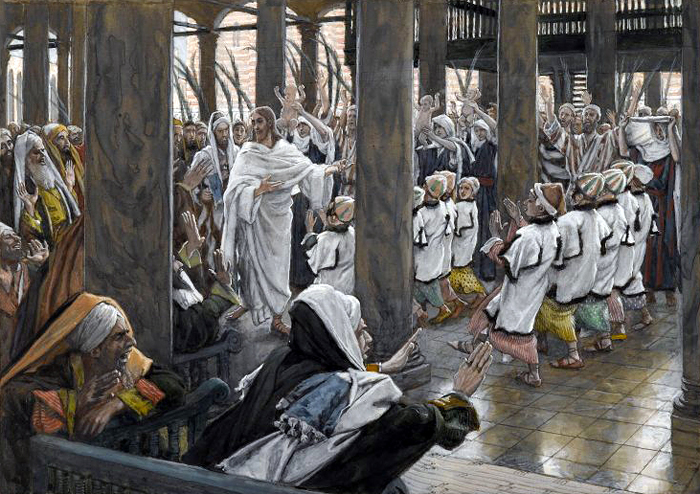 The Procession in the Temple by James Tissot

Simon Peter was at first almost swept off his feet by this popular manifestation of enthusiasm; but he was considerably sobered by the time they returned to Bethany that night. Peter simply could not figure out what the Master was about. He was terribly disappointed that Jesus did not follow up this wave of popular favor with some kind of a pronouncement. Peter could not understand why Jesus did not speak to the multitude when they arrived at the temple, or at least permit one of the apostles to address the crowd. Peter was a great preacher, and he disliked to see such a large, receptive, and enthusiastic audience go to waste. He would so much have liked to preach the gospel of the kingdom to that throng right there in the temple; but the Master had specifically charged them that they were to do no teaching or preaching while in Jerusalem this Passover week. The reaction from the spectacular procession into the city was disastrous to Simon Peter; by night he was sobered and inexpressibly saddened. ~ The Urantia Book, 172:5.3