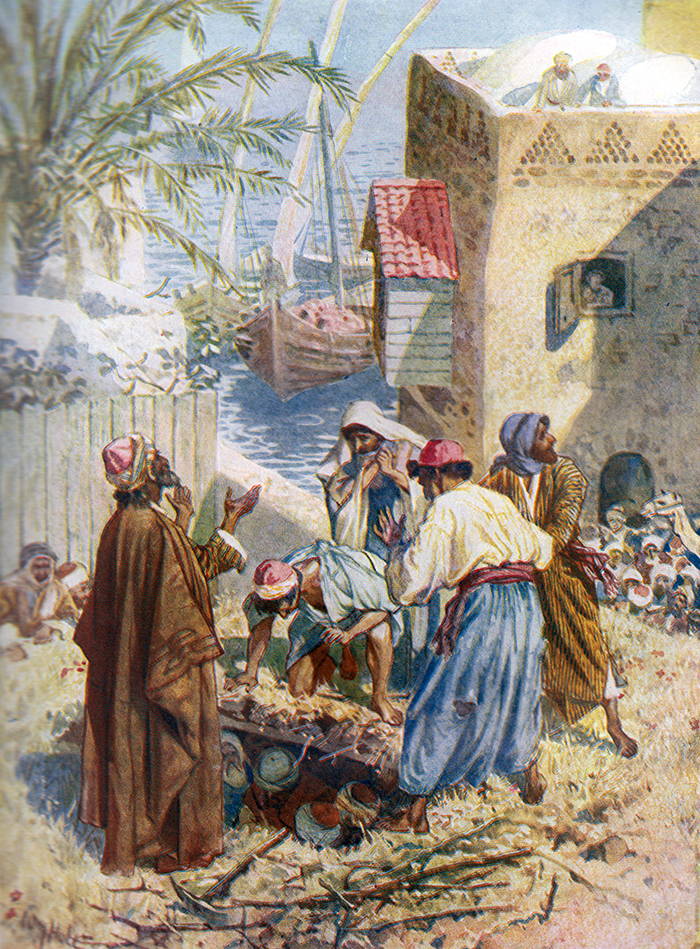 While the house was thus thronged with people and entirely surrounded by eager listeners, a man long afflicted with paralysis was carried down from Capernaum on a small couch by his friends. This paralytic had heard that Jesus was about to leave Bethsaida, and having talked with Aaron the stone mason, who had been so recently made whole, he resolved to be carried into Jesus' presence, where he could seek healing. His friends tried to gain entrance to Zebedee's house by both the front and back doors, but too many people were crowded together. But the paralytic refused to accept defeat; he directed his friends to procure ladders by which they ascended to the roof of the room in which Jesus was speaking, and after loosening the tiles, they boldly lowered the sick man on his couch by ropes until the afflicted one rested on the floor immediately in front of the Master. When Jesus saw what they had done, he ceased speaking, while those who were with him in the room marveled at the perseverance of the sick man and his friends. ~ The Urantia Book, 148:9.2