Christ and the Doctors in the Temple by Hermann Clementz 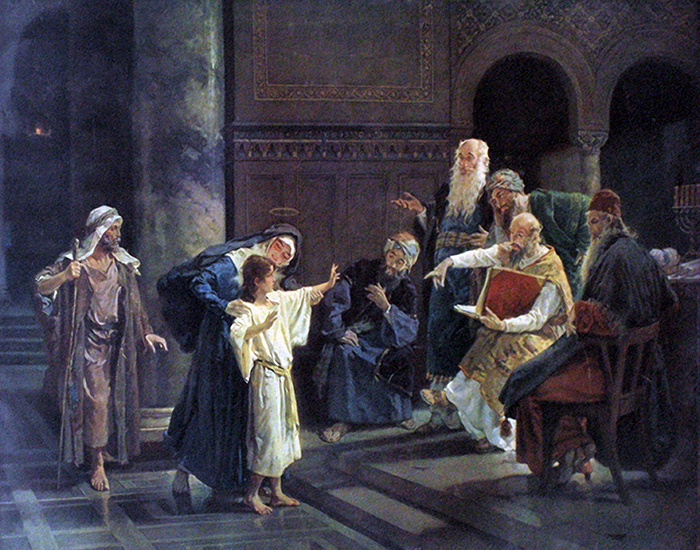 Christ and the Doctors in the Temple by Hermann Clementz

Passing Through the Temple Precincts

In company with his parents Jesus passed through the temple precincts on his way to join that group of new sons of the law who were about to be consecrated as citizens of Israel. He was a little disappointed by the general demeanor of the temple throngs, but the first great shock of the day came when his mother took leave of them on her way to the women’s gallery. It had never occurred to Jesus that his mother was not to accompany him to the consecration ceremonies, and he was thoroughly indignant that she was made to suffer from such unjust discrimination. While he strongly resented this, aside from a few remarks of protest to his father, he said nothing. But he thought, and thought deeply, as his questions to the scribes and teachers a week later disclosed. ~ The Urantia Book, 125:0.4