The swine driven into the sea 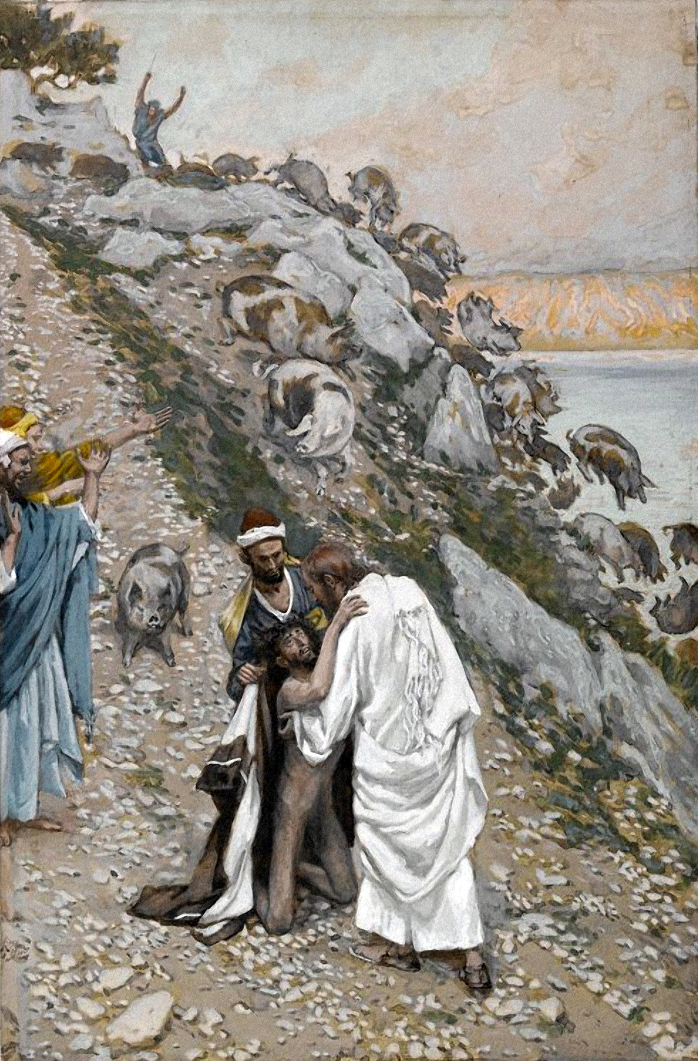 The swine driven into the sea by James Tissot

The Origin of the Legend of the Swine

As the swine herders rushed into the village to spread the news of the taming of the lunatic, the dogs charged upon a small and untended herd of about thirty swine and drove most of them over a precipice into the sea. And it was this incidental occurrence, in connection with the presence of Jesus and the supposed miraculous curing of the lunatic, that gave origin to the legend that Jesus had cured Amos by casting a legion of devils out of him, and that these devils had entered into the herd of swine, causing them forthwith to rush headlong to their destruction in the sea below. Before the day was over, this episode was published abroad by the swine tenders, and the whole village believed it. Amos most certainly believed this story; he saw the swine tumbling over the brow of the hill shortly after his troubled mind had quieted down, and he always believed that they carried with them the very evil spirits which had so long tormented and afflicted him. And this had a good deal to do with the permanency of his cure. It is equally true that all of Jesus’ apostles (save Thomas believed that the episode of the swine was directly connected with the cure of Amos. ~ The Urantia Book, 151:6.6