Jesus and the woman of Samaria by J H Hartley 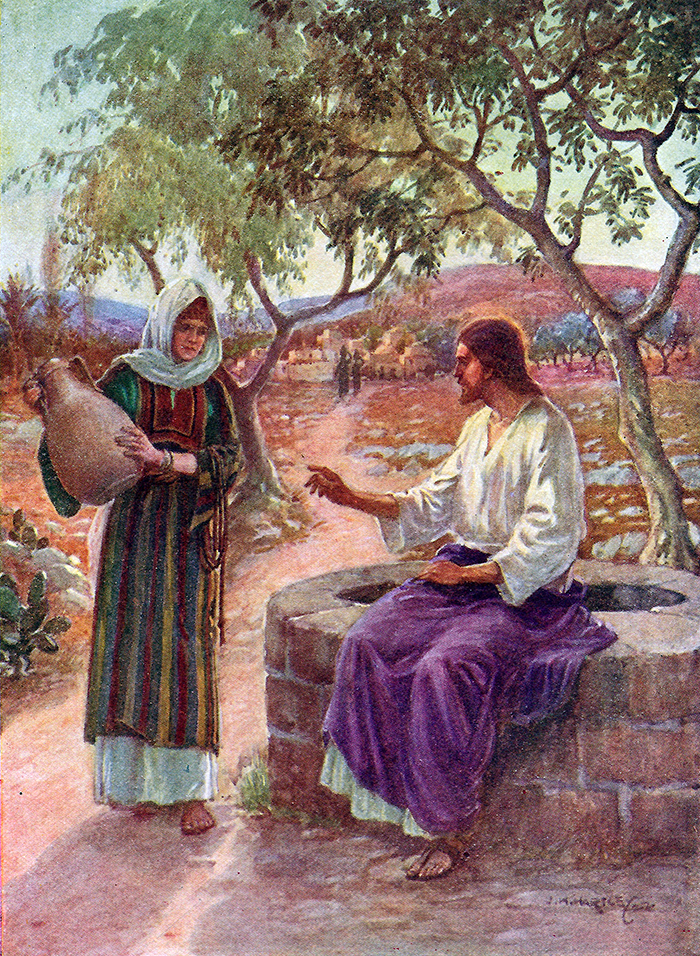 Jesus and the woman of Samaria by J H Hartley

Nalda with Jesus at the Well

Nalda told John that Jesus had told her “all I ever did.” John many times wanted to ask Jesus about this visit with Nalda, but he never did. Jesus told her only one thing about herself, but his look into her eyes and the manner of his dealing with her had so brought all of her checkered life in panoramic review before her mind in a moment of time that she associated all of this self-revelation of her past life with the look and the word of the Master. Jesus never told her she had had five husbands. She had lived with four different men since her husband cast her aside, and this, with all her past, came up so vividly in her mind at the moment when she realized Jesus was a man of God that she subsequently repeated to John that Jesus had really told her all about herself. ~ The Urantia Book, 143:5.12