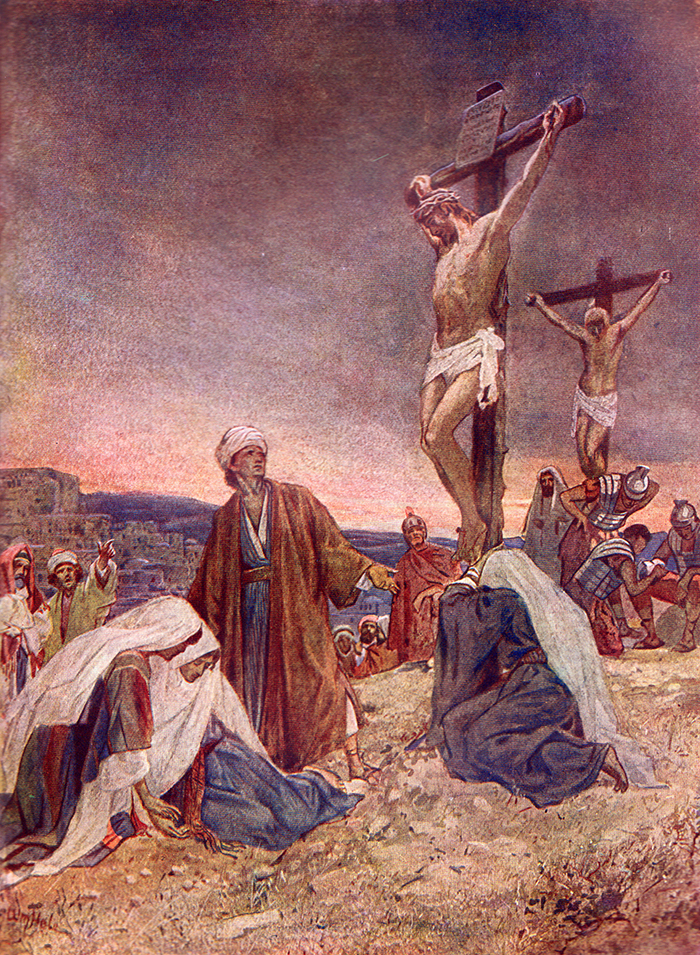 My son, behold your mother!

Just after the repentant thief heard the Master’s promise that they should sometime meet in Paradise, John returned from the city, bringing with him his mother and a company of almost a dozen women believers. John took up his position near Mary the mother of Jesus, supporting her. Her son Jude stood on the other side. As Jesus looked down upon this scene, it was noontide, and he said to his mother, “Woman, behold your son!” And speaking to John, he said, “My son, behold your mother!” And then he addressed them both, saying, “I desire that you depart from this place.”~ The Urantia Book, 187:4.7