King of Kings by Greg Olsen 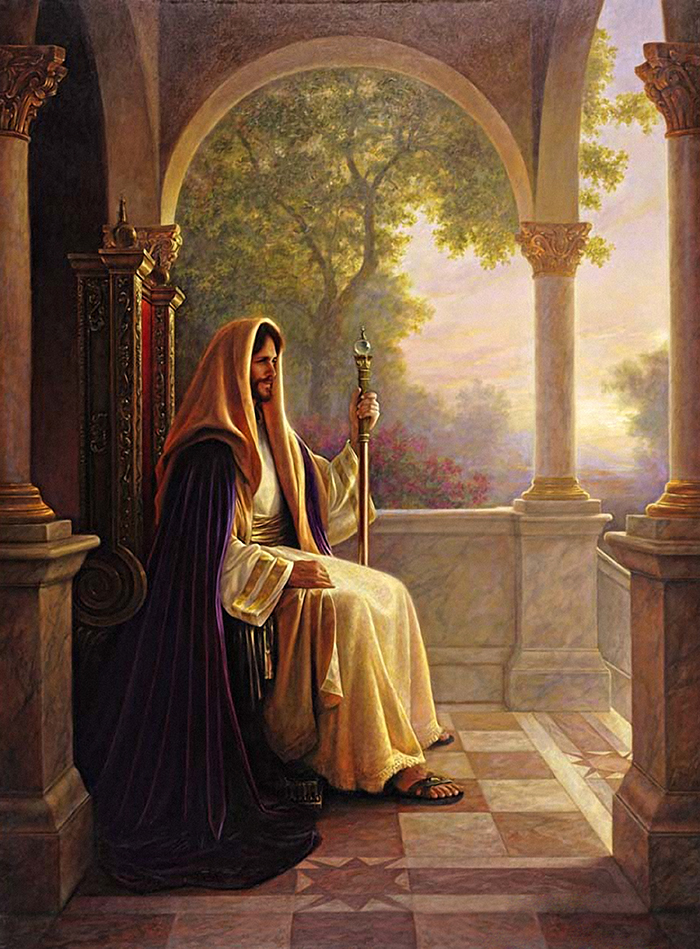 King of Kings by Greg Olsen

My Kingdom is not of the World

Said Jesus: “You think that the Son of Man goes up to Jerusalem to receive a kingdom, but I declare that you are doomed to disappointment. Do you not remember about a certain prince who went into a far country to receive for himself a kingdom, but even before he could return, the citizens of his province, who in their hearts had already rejected him, sent an embassy after him, saying, `We will not have this man to reign over us’? As this king was rejected in the temporal rule, so is the Son of Man to be rejected in the spiritual rule. Again I declare that my kingdom is not of this world; but if the Son of Man had been accorded the spiritual rule of his people, he would have accepted such a kingdom of men’s souls and would have reigned over such a dominion of human hearts. Notwithstanding that they reject my spiritual rule over them, I will return again to receive from others such a kingdom of spirit as is now denied me. You will see the Son of Man rejected now, but in another age that which the children of Abraham now reject will be received and exalted. ~ The Urantia Book, 171:8.3