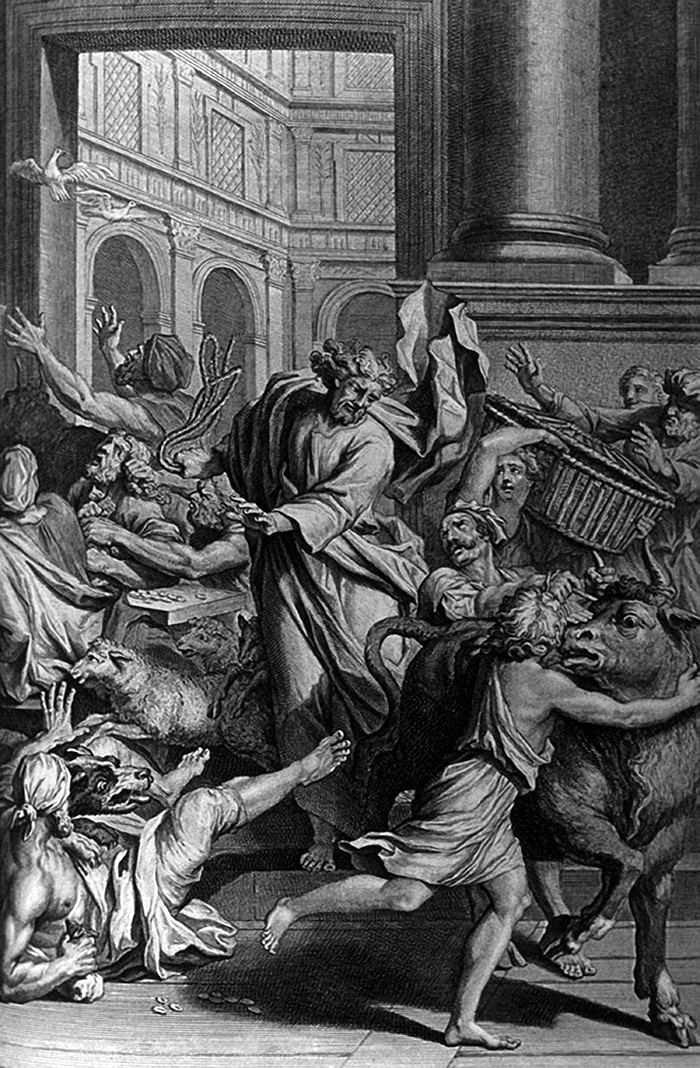 My house shall be called a house of prayer

To the amazement of his apostles, standing near at hand, who refrained from participation in what so soon followed, Jesus stepped down from the teaching platform and, going over to the lad who was driving the cattle through the court, took from him his whip of cords and swiftly drove the animals from the temple. But that was not all; he strode majestically before the wondering gaze of the thousands assembled in the temple court to the farthest cattle pen and proceeded to open the gates of every stall and to drive out the imprisoned animals. By this time the assembled pilgrims were electrified, and with uproarious shouting they moved toward the bazaars and began to overturn the tables of the money-changers. In less than five minutes all commerce had been swept from the temple. By the time the near-by Roman guards had appeared on the scene, all was quiet, and the crowds had become orderly; Jesus, returning to the speaker's stand, spoke to the multitude: "You have this day witnessed that which is written in the Scripture: `My house shall be called a house of prayer for all nations, but you have made it a den of robbers.'" ~ The Urantia Book, 173:1.7