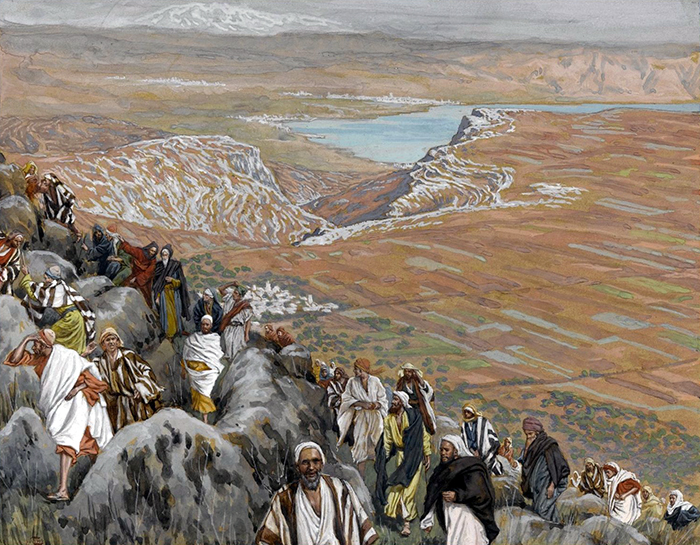 People Seek Christ to Make Him King by James Tissot

The feeding of the five thousand by supernatural energy was another of those cases where human pity plus creative power equaled that which happened. Now that the multitude had been fed to the full, and since Jesus’ fame was then and there augmented by this stupendous wonder, the project to seize the Master and proclaim him king required no further personal direction. The idea seemed to spread through the crowd like a contagion. The reaction of the multitude to this sudden and spectacular supplying of their physical needs was profound and overwhelming. For a long time the Jews had been taught that the Messiah, the son of David, when he should come, would cause the land again to flow with milk and honey, and that the bread of life would be bestowed upon them as manna from heaven was supposed to have fallen upon their forefathers in the wilderness. And was not all of this expectation now fulfilled right before their eyes? When this hungry, undernourished multitude had finished gorging itself with the wonder-food, there was but one unanimous reaction: “Here is our king.” The wonder-working deliverer of Israel had come. In the eyes of these simple-minded people the power to feed carried with it the right to rule. No wonder, then, that the multitude, when it had finished feasting, rose as one man and shouted, “Make him king!” ~ The Urantia Book, 152:3.1