Christ and His Mother Studying the Scriptures 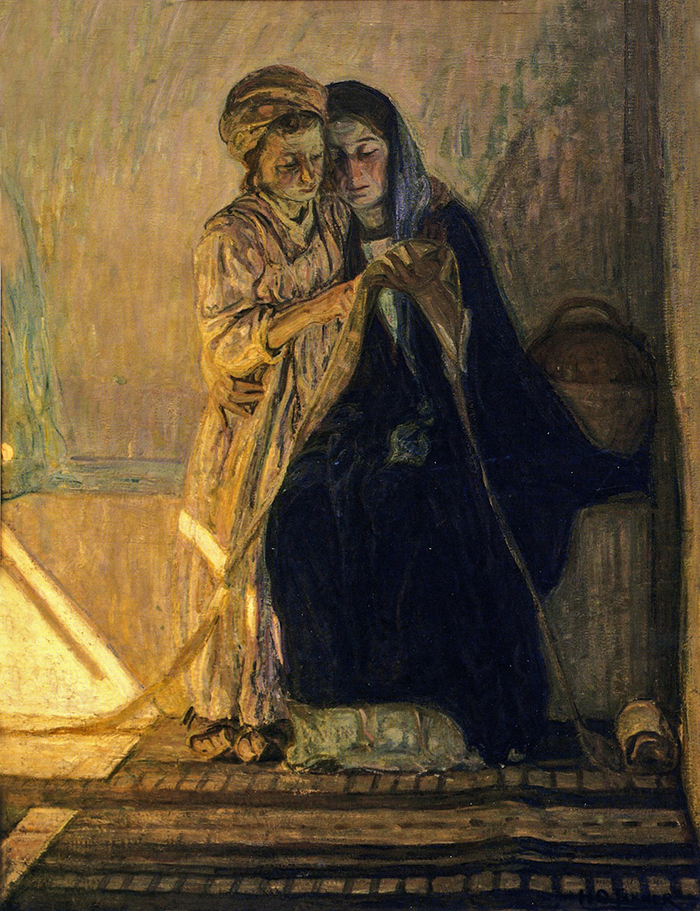 Christ and His Mother Studying the Scriptures by Henry Ossawa Tanner

Already, with his mother's help, Jesus had mastered the Galilean dialect of the Aramaic tongue; and now his father began teaching him Greek. Mary spoke little Greek, but Joseph was a fluent speaker of both Aramaic and Greek. The textbook for the study of the Greek language was the copy of the Hebrew scriptures-a complete version of the law and the prophets, including the Psalms -which had been presented to them on leaving Egypt. ~ The Urantia Book, 123:3.1