Turning the Water into Wine by Marshall 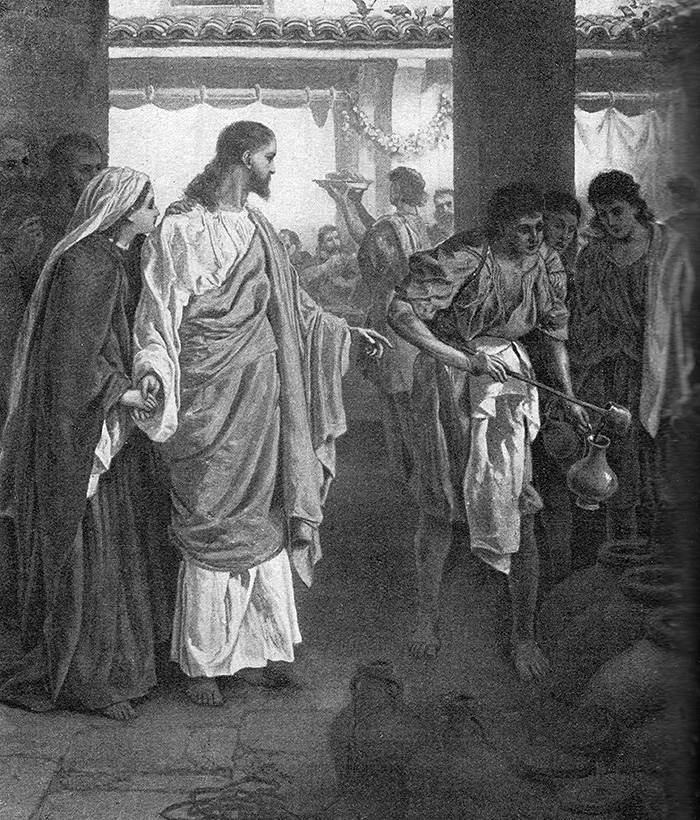 Turning the Water into Wine by Marshall

Mary and the disciples of Jesus were greatly rejoiced at the supposed miracle which they thought Jesus had intentionally performed, but Jesus withdrew to a sheltered nook of the garden and engaged in serious thought for a few brief moments. He finally decided that the episode was beyond his personal control under the circumstances and, not being adverse to his Father's will, was inevitable. When he returned to the people, they regarded him with awe; they all believed in him as the Messiah. But Jesus was sorely perplexed, knowing that they believed in him only because of the unusual occurrence which they had just inadvertently beheld. Again Jesus retired for a season to the housetop that he might think it all over. ~ The Urantia Book, 137:4.16