Miraculous Draught of Fishes by Raphael 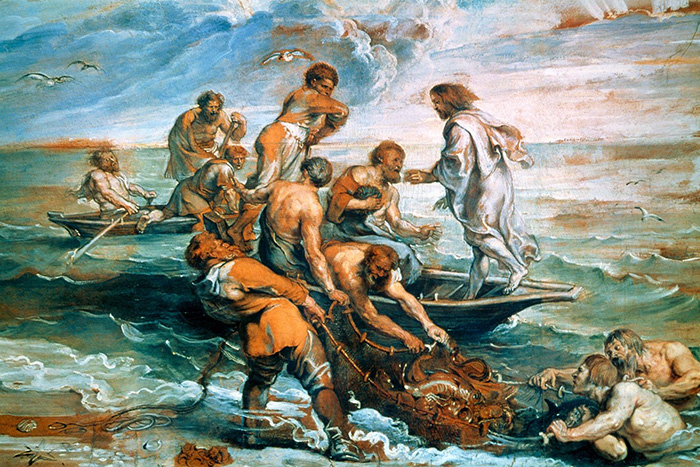 Miraculous Draught of Fishes by Raphael

Jesus Was a Close Student of Nature

When they had proceeded to the place designated by Jesus, they let down their nets and enclosed such a multitude of fish that they feared the nets would break, so much so that they signaled to their associates on the shore to come to their assistance. When they had filled all three boats with fish, almost to sinking, this Simon fell down at Jesus' knees, saying, “Depart from me, Master, for I am a sinful man.” Simon and all who were concerned in this episode were amazed at the draught of fishes.

But this was in no sense a miraculous draught of fishes. Jesus was a close student of nature; he was an experienced fisherman and knew the habits of the fish in the Sea of Galilee. On this occasion he merely directed these men to the place where the fish were usually to be found at this time of day. But Jesus' followers always regarded this as a miracle. ~ The Urantia Book, 145:1.2