Joseph with the infant Jesus by Guido Reni 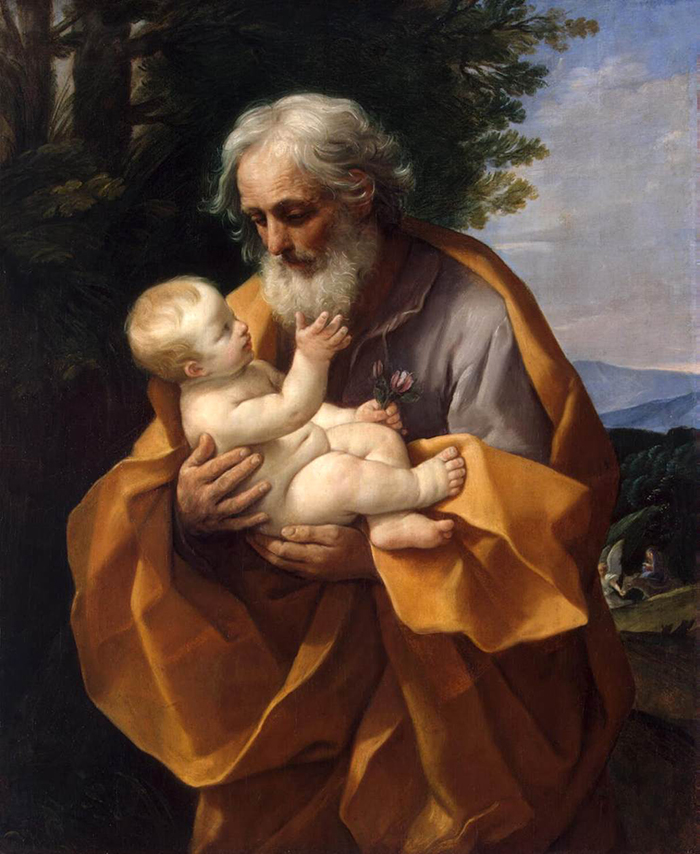 Joseph with the infant Jesus by Guido Reni

Joseph, the human father of Jesus ( Joshua ben Joseph), was a Hebrew of the Hebrews, albeit he carried many non-Jewish racial strains which had been added to his ancestral tree from time to time by the female lines of his progenitors. The ancestry of the father of Jesus went back to the days of Abraham and through this venerable patriarch to the earlier lines of inheritance leading to the Sumerians and Nodites and, through the southern tribes of the ancient blue man, to Andon and Fonta. David and Solomon were not in the direct line of Joseph’s ancestry, neither did Joseph’s lineage go directly back to Adam. Joseph’s immediate ancestors were mechanics—builders, carpenters, masons, and smiths. Joseph himself was a carpenter and later a contractor. His family belonged to a long and illustrious line of the nobility of the common people, accentuated ever and anon by the appearance of unusual individuals who had distinguished themselves in connection with the evolution of religion on Urantia. ~ The Urantia Book, 122:1.1