Christ bound at Gethsemane by Kosheleff 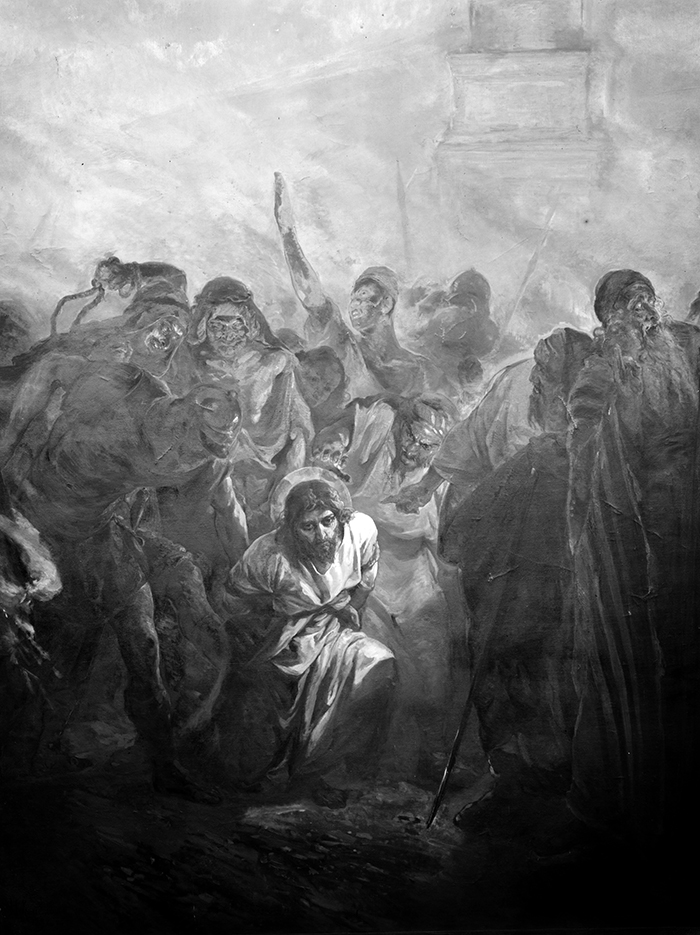 Christ bound at Gethsemane by Kosheleff

Jesus is Bound at Gethsemane

Jesus was ready to go back to Jerusalem with the guards, and the captain of the soldiers was altogether willing to allow the three apostles and their associates to go their way in peace. But before they were able to get started, as Jesus stood there awaiting the captain's orders, one Malchus, the Syrian bodyguard of the high priest, stepped up to Jesus and made ready to bind his hands behind his back, although the Roman captain had not directed that Jesus should be thus bound. When Peter and his associates saw their Master being subjected to this indignity, they were no longer able to restrain themselves. Peter drew his sword and with the others rushed forward to smite Malchus. But before the soldiers could come to the defense of the high priest's servant, Jesus raised a forbidding hand to Peter and, speaking sternly, said: "Peter, put up your sword. They who take the sword shall perish by the sword. Do you not understand that it is the Father's will that I drink this cup? And do you not further know that I could even now command more than twelve legions of angels and their associates, who would deliver me from the hands of these few men?" ~ The Urantia Book, 183:3.7