Youth Of Our Lord 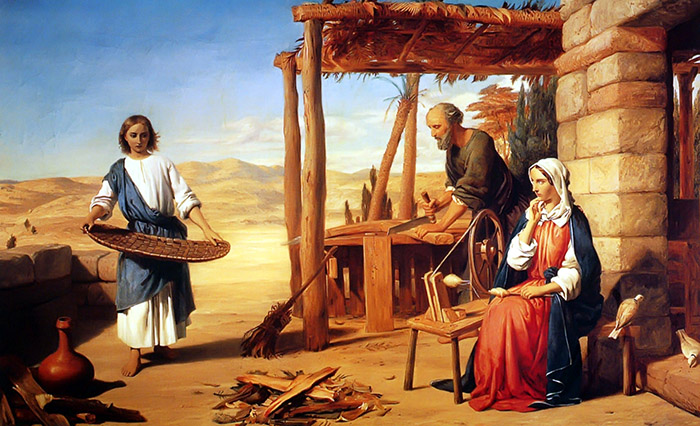 Youth Of Our Lord by John Rogers Herbert

By the beginning of this year both Joseph and Mary entertained frequent doubts about the destiny of their first-born son. He was indeed a brilliant and lovable child, but he was so difficult to understand, so hard to fathom, and again, nothing extraordinary or miraculous ever happened. Scores of times had his proud mother stood in breathless anticipation, expecting to see her son engage in some superhuman or miraculous performance, but always were her hopes dashed down in cruel disappointment. And all this was discouraging, even disheartening. The devout people of those days truly believed that prophets and men of promise always demonstrated their calling and established their divine authority by performing miracles and working wonders. But Jesus did none of these things; wherefore was the confusion of his parents steadily increased as they contemplated his future. ~ The Urantia Book, 126:1.5