Road to Emmaus by Greg Olsen 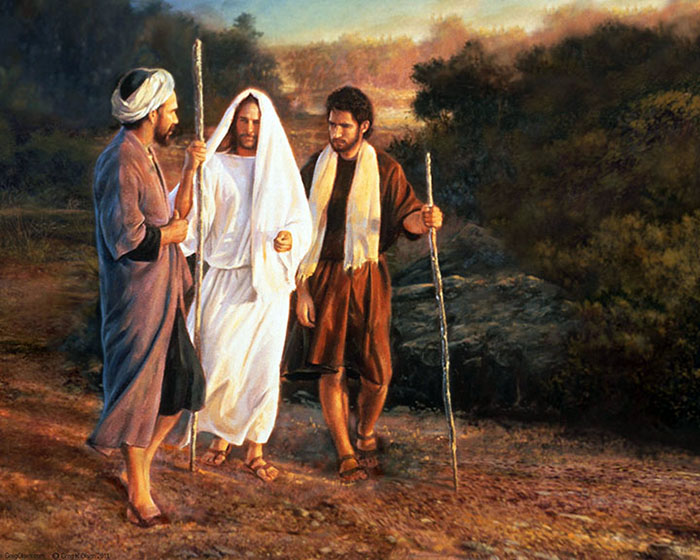 Road to Emmaus by Greg Olsen

Jesus Came Alongside Them

On this Sunday afternoon, about three miles out of Jerusalem and a few minutes before five o'clock, as these two brothers trudged along the road to Emmaus, they talked in great earnestness about Jesus, his teachings, work, and more especially concerning the rumors that his tomb was empty, and that certain of the women had talked with him. Cleopas was half a mind to believe these reports, but Jacob was insistent that the whole affair was probably a fraud. While they thus argued and debated as they made their way toward home, the morontia manifestation of Jesus, his seventh appearance, came alongside them as they journeyed on. Cleopas had often heard Jesus teach and had eaten with him at the homes of Jerusalem believers on several occasions. But he did not recognize the Master even when he spoke freely with them. ~ The Urantia Book, 190:5.2