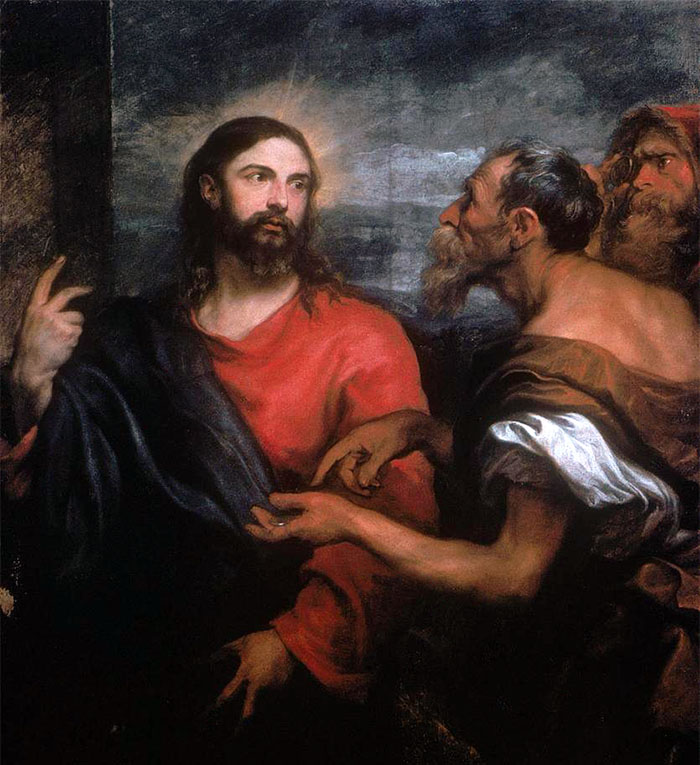 Both Pilate and Herod were in Jerusalem at this time, and Jesus' enemies conjectured that, if he would dare to advise against the payment of tribute to Caesar, they could go at once before the Roman authorities and charge him with sedition. On the other hand, if he should advise the payment of tribute in so many words, they rightly calculated that such a pronouncement would greatly wound the national pride of his Jewish hearers, thereby alienating the good will and affection of the multitude.

In all this the enemies of Jesus were defeated since it was a well-known ruling of the Sanhedrin, made for the guidance of the Jews dispersed among the gentile nations, that the “right of coinage carried with it the right to levy taxes.” In this manner Jesus avoided their trap. To have answered “No” to their question would have been equivalent to inciting rebellion; to have answered “Yes” would have shocked the deep-rooted nationalist sentiments of that day. The Master did not evade the question; he merely employed the wisdom of making a double reply. Jesus was never evasive, but he was always wise in his dealings with those who sought to harass and destroy him. ~ The Urantia Book, 174:2.4