Jesus Heals At The Pool Of Bethesda by William Hole 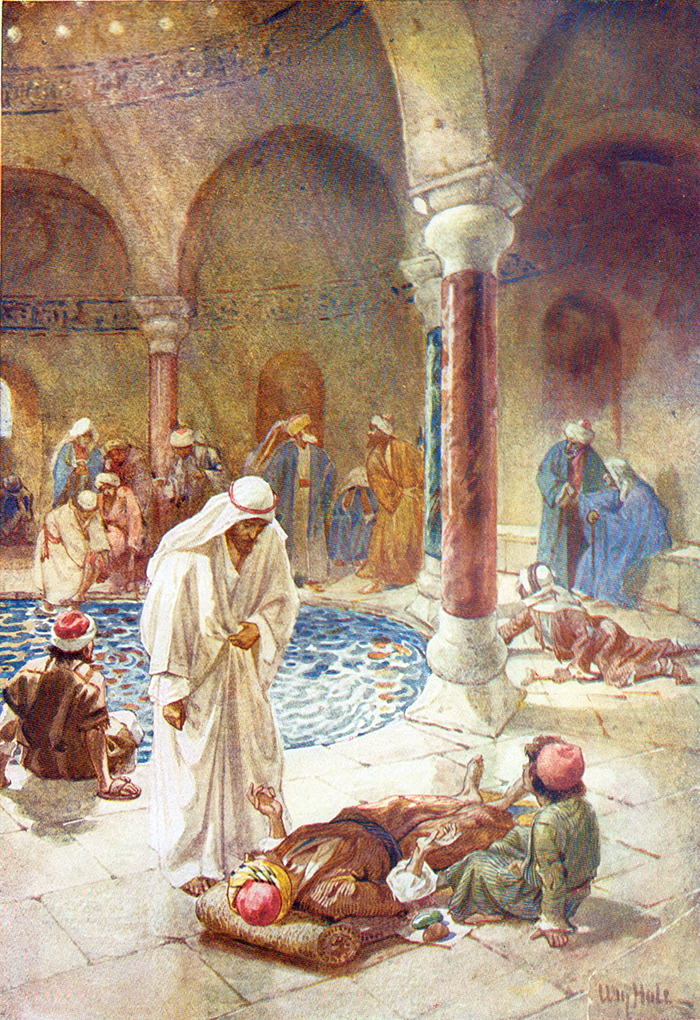 Jesus Heals At The Pool Of Bethesda by William Hole

Jesus at the Hot Springs

John conducted Jesus out through one of the Jerusalem gates to a pool of water called Bethesda. Surrounding this pool was a structure of five porches under which a large group of sufferers lingered in quest of healing. This was a hot spring whose reddish-tinged water would bubble up at irregular intervals because of gas accumulations in the rock caverns underneath the pool. This periodic disturbance of the warm waters was believed by many to be due to supernatural influences, and it was a popular belief that the first person who entered the water after such a disturbance would be healed of whatever infirmity he had. ~ The Urantia Book, 147:3.1