Cast your nets on the right side by Greg Olsen 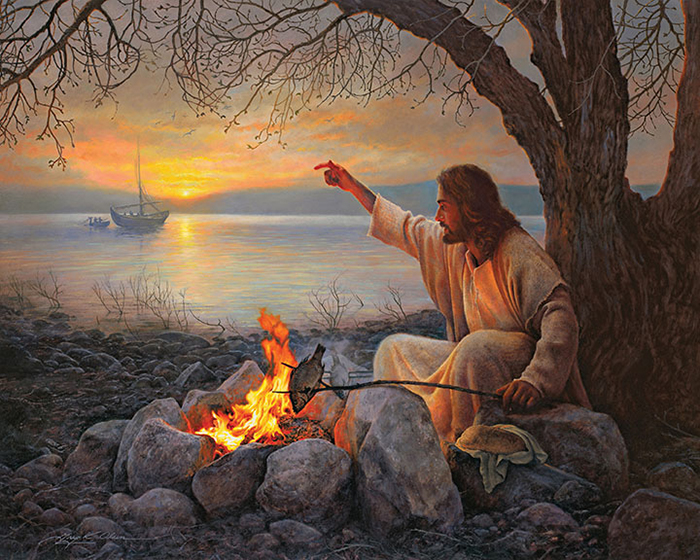 Cast your nets on the right side by Greg Olsen

It is the Master

As they dropped anchor and prepared to enter the small boat for going ashore, the man on the beach called to them, “Lads, have you caught anything?” And when they answered, “No,” he spoke again. “Cast the net on the right side of the boat, and you will find fish.” While they did not know it was Jesus who had directed them, with one accord they cast in the net as they had been instructed, and immediately it was filled, so much so that they were hardly able to draw it up. Now, John Zebedee was quick of perception, and when he saw the heavy-laden net, he perceived that it was the Master who had spoken to them. When this thought came into his mind, he leaned over and whispered to Peter, “It is the Master.” Peter was ever a man of thoughtless action and impetuous devotion; so when John whispered this in his ear, he quickly arose and cast himself into the water that he might the sooner reach the Master’s side. His brethren came up close behind him, having come ashore in the small boat, hauling the net of fishes after them. ~ The Urantia Book, 192:1.3