The twelve are sent out by Julius Schnorr von Carolsfeld 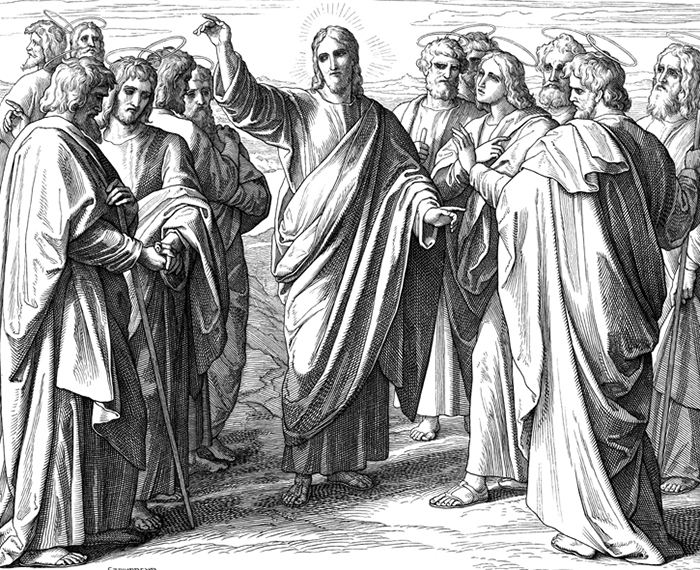 The twelve are sent out by Julius Schnorr von Carolsfeld

He Gave Them into the Hands of the Father

The next Sabbath day Jesus devoted to his apostles, journeying back to the highland where he had ordained them; and there, after a long and beautifully touching personal message of encouragement, he engaged in the solemn act of the consecration of the twelve. This Sabbath afternoon Jesus assembled the apostles around him on the hillside and gave them into the hands of his heavenly Father in preparation for the day when he would be compelled to leave them alone in the world. There was no new teaching on this occasion, just visiting and communion.

Jesus reviewed many features of the ordination sermon, delivered on this same spot, and then, calling them before him one by one, he commissioned them to go forth in the world as his representatives. The Master's consecration charge was: "Go into all the world and preach the glad tidings of the kingdom. Liberate spiritual captives, comfort the oppressed, and minister to the afflicted. Freely you have received, freely give." ~ The Urantia Book, 140:9.1