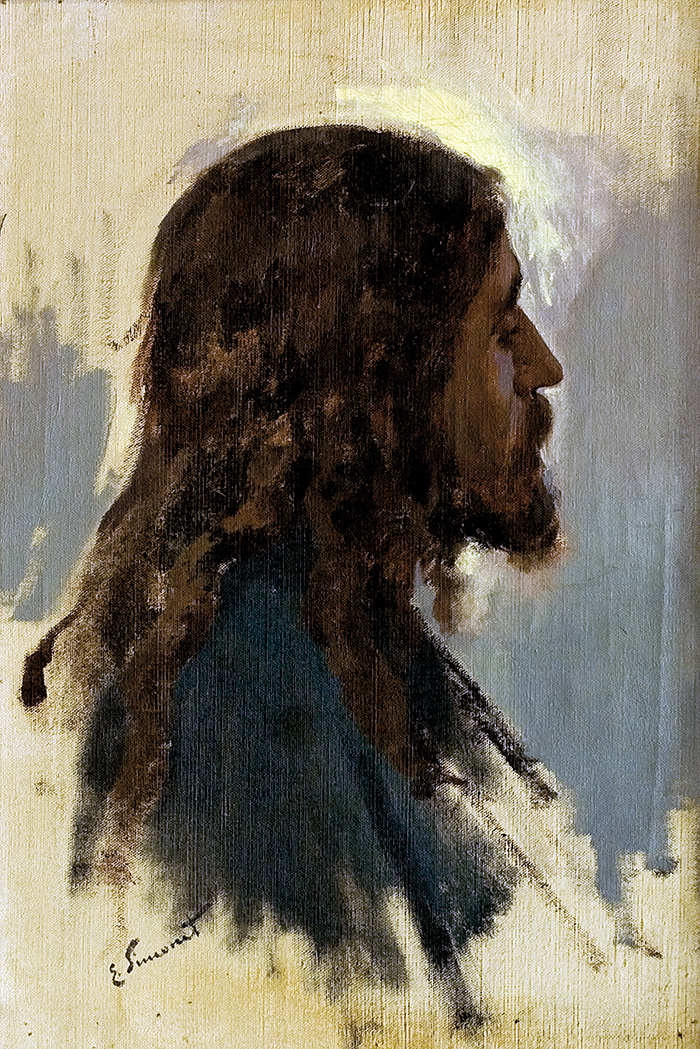 As soon as Peter, James, and John, with some thirty of their fellow campers, saw the armed band with torches swing around the brow of the hill, they knew that these soldiers were coming to arrest Jesus, and they all rushed down to near the olive press where the Master was sitting in moonlit solitude. As the company of soldiers approached on one side, the three apostles and their associates approached on the other. As Judas strode forward to accost the Master, there the two groups stood, motionless, with the Master between them and Judas making ready to impress the traitorous kiss upon his brow. ~ The Urantia Book, 183:3.2