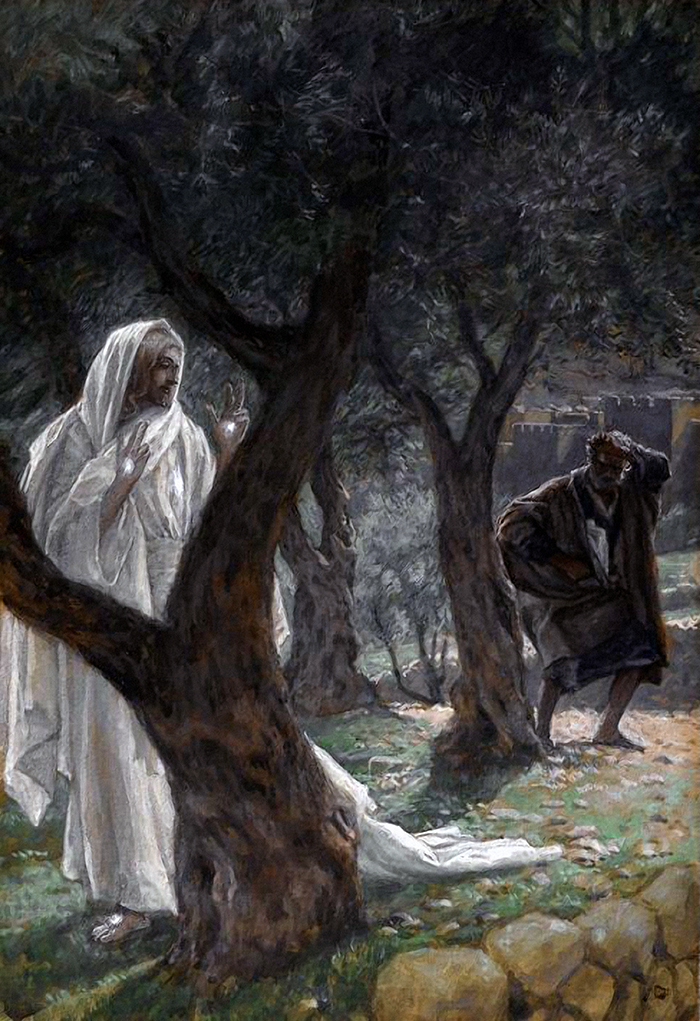 I would not give you up

When Peter thought of the loving look of the Master as he passed by on Annas's porch, and as he turned over in his mind that wonderful message brought him early that morning by the women who came from the empty tomb, "Go tell my apostles— and Peter" —as he contemplated these tokens of mercy, his faith began to surmount his doubts, and he stood still, clenching his fists, while he spoke aloud: "I believe he has risen from the dead; I will go and tell my brethren." And as he said this, there suddenly appeared in front of him the form of a man, who spoke to him in familiar tones, saying: "Peter, the enemy desired to have you, but I would not give you up. I knew it was not from the heart that you disowned me; therefore I forgave you even before you asked; but now must you cease to think about yourself and the troubles of the hour while you prepare to carry the good news of the gospel to those who sit in darkness. No longer should you be concerned with what you may obtain from the kingdom but rather be exercised about what you can give to those who live in dire spiritual poverty. Gird yourself, Simon, for the battle of a new day, the struggle with spiritual darkness and the evil doubtings of the natural minds of men." ~ The Urantia Book, 191:1.2