Jesus Teaching On The Seashore by James Tissot 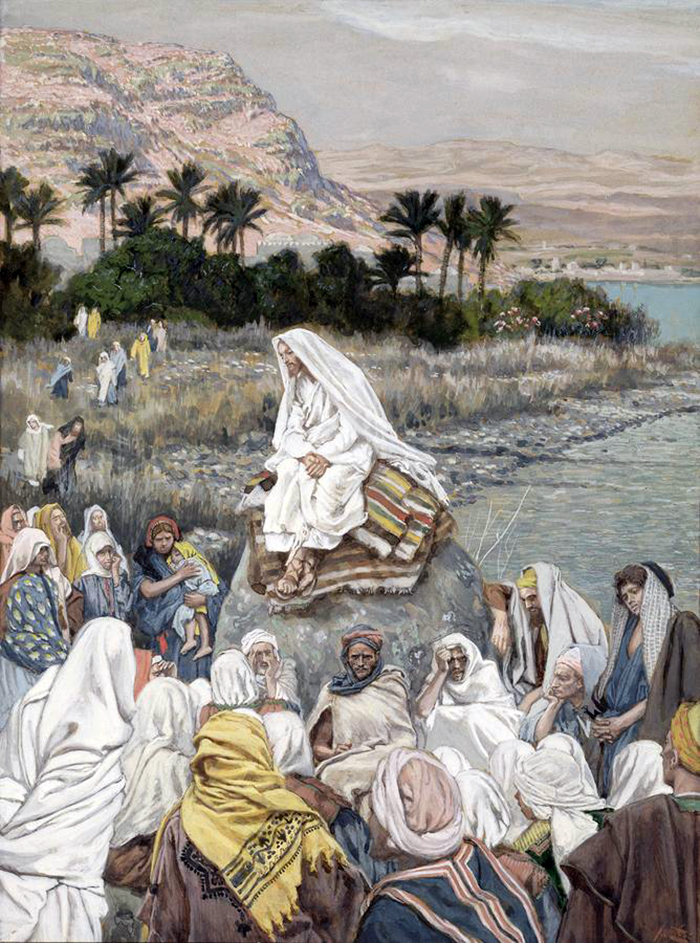 Jesus Teaching On The Seashore by James Tissot

About this time Jesus first began to employ the parable method of teaching the multitudes that so frequently gathered about him. Since Jesus had talked with the apostles and others long into the night, on this Sunday morning very few of the group were up for breakfast; so he went out by the seaside and sat alone in the boat, the old fishing boat of Andrew and Peter, which was always kept at his disposal, and meditated on the next move to be made in the work of extending the kingdom. But the Master was not to be alone for long. Very soon the people from Capernaum and near-by villages began to arrive, and by ten o'clock that morning almost one thousand were assembled on shore near Jesus' boat and were clamoring for attention. Peter was now up and, making his way to the boat, said to Jesus, “Master, shall I talk to them?” But Jesus answered, “No, Peter, I will tell them a story.” And then Jesus began the recital of the parable of the sower, one of the first of a long series of such parables which he taught the throngs that followed after him. ~ The Urantia Book, 151:1.1