The Woman with an Issue of Blood by James Tissot 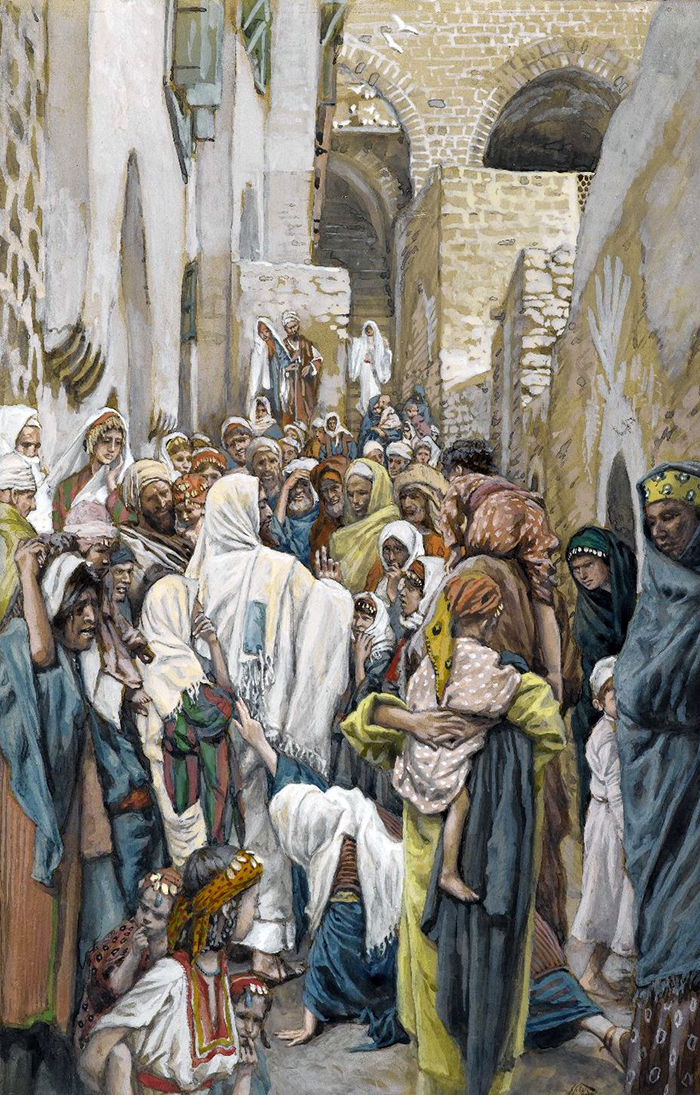 The Woman with an Issue of Blood by James Tissot

I Know that I Have Been Healed

As Jesus went along with Jairus, the large crowd which had heard the father's request followed on to see what would happen. Shortly before they reached the ruler's house, as they hastened through a narrow street and as the throng jostled him, Jesus suddenly stopped, exclaiming, “Someone touched me.” And when those who were near him denied that they had touched him, Peter spoke up: “Master, you can see that this crowd presses you, threatening to crush us, and yet you say `someone has touched me.' What do you mean?” Then Jesus said: “I asked who touched me, for I perceived that living energy had gone forth from me.” As Jesus looked about him, his eyes fell upon a near-by woman, who, coming forward, knelt at his feet and said: “For years I have been afflicted with a scourging hemorrhage. I have suffered many things from many physicians; I have spent all my substance, but none could cure me. Then I heard of you, and I thought if I may but touch the hem of his garment, I shall certainly be made whole. And so I pressed forward with the crowd as it moved along until, standing near you, Master, I touched the border of your garment, and I was made whole; I know that I have been healed of my affliction.” ~ The Urantia Book, 152:0.2