Riding Into Jerusalem by Harold Copping 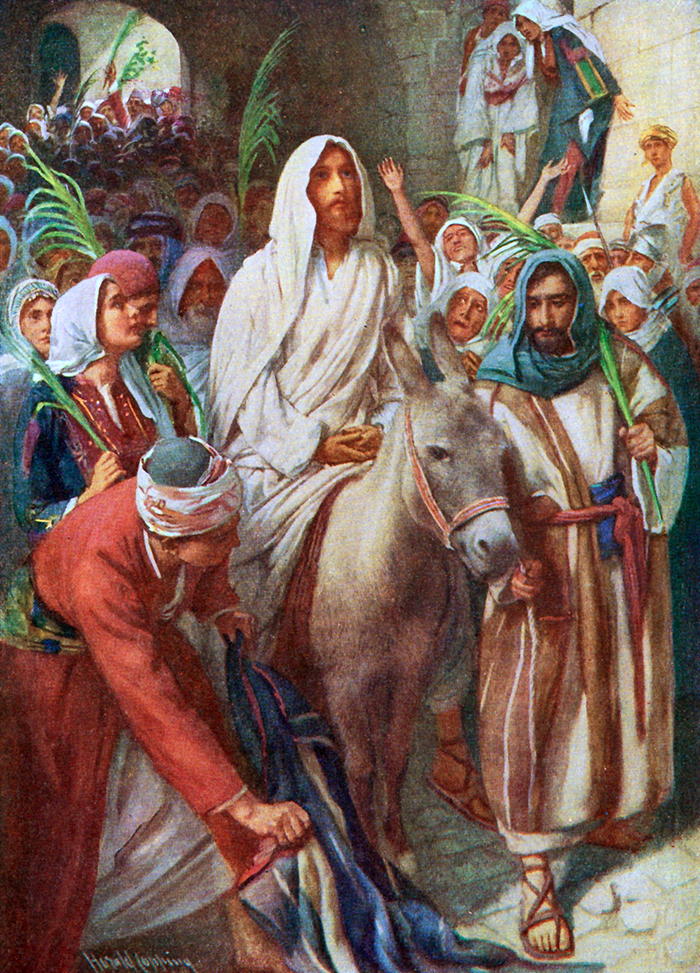 Riding Into Jerusalem by Harold Copping

Hosanna in the Highest!

Before they started, the Alpheus twins put their cloaks on the donkey and held him while the Master got on. As the procession moved toward the summit of Olivet, the festive crowd threw their garments on the ground and brought branches from the near-by trees in order to make a carpet of honor for the donkey bearing the royal Son, the promised Messiah. As the merry crowd moved on toward Jerusalem, they began to sing, or rather to shout in unison, the Psalm, “Hosanna to the son of David; blessed is he who comes in the name of the Lord. Hosanna in the highest. Blessed be the kingdom that comes down from heaven.” ~ The Urantia Book, 172:3.9