The Morning Judgment by James Tissot 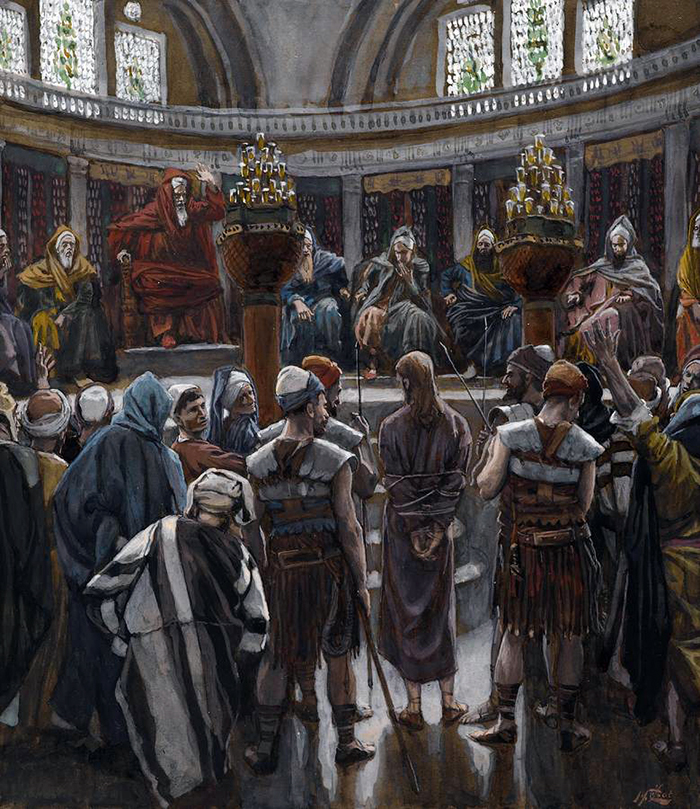 The Morning Judgment by James Tissot

Jesus appeared before this court clothed in his usual garments and with his hands bound together behind his back. The entire court was startled and somewhat confused by his majestic appearance. Never had they gazed upon such a prisoner nor witnessed such composure in a man on trial for his life.

The Jewish law required that at least two witnesses must agree upon any point before a charge could be laid against the prisoner. Judas could not be used as a witness against Jesus because the Jewish law specifically forbade the testimony of a traitor. More than a score of false witnesses were on hand to testify against Jesus, but their testimony was so contradictory and so evidently trumped up that the Sanhedrists themselves were very much ashamed of the performance. Jesus stood there, looking down benignly upon these perjurers, and his very countenance disconcerted the lying witnesses. Throughout all this false testimony the Master never said a word; he made no reply to their many false accusations. ~ The Urantia Book, 184:3.5